Well looked after for the last 15 years by her present owner, INVISIBLE has spent each winter Oct-May in storage. She features a electro-hydraulic lifting keel, electro-hydraulic winches and sail furling systems, bowthruster (added 2000), and main engine replaced in 2007. New mainsail 2016.

Each winter the yacht has been stored ashore in a shed.

She is based on the west coast of Sweden. During wintershe will remain afloat in Malmo,  She is keenly on sale and available to be seen.

White hull and blue cove and coaming lines.
Extended transom, giving loa of 18.87m (instead of standard 18.44m).
Centre-board lifting keel – renovation of the cylinder for the keel in 2011.
Also with increased displacement and ballast to standard 61.
Draft of 2.20m with keel up and 3.90m with keel down.

Lowrans electric anchor windlass, recessed in hatch on the foredeck.
12mm chain, from 2011..

Other deck fittings:
Gates in lifelines and pushpit.
Fold down ladder at stern as part of pushpit.
Outboard bracket on pushpit.
Drinks cool box, and stowage locker in the aft coaming of the centre cockpit.
Deck shower, hot and cold, aft.
Main companionway hatch renewed in 2009.
Skylights, windows and deck hatches have been renewed.
Painted alloy post at aft deck for aerials.
Lewmar electric windlass mounted at aft deck, new in 2000.

Owner double aft, two guest doubles (with Pullman berth) forward.
The focsle cabin has a double V berth plus 2 cots.
The owner cabin aft has a double bed on port side and a desk unit to starboard.
Ensuite head & shower area is forward from the cabin on port side.
A forward head and washbasin is situated forward of the guest cabins on starboard.

Amidships to port is an L shaped settee with coffee table and to starboard U shaped seating with a dining table.
Aft of the lounge area is the nav station to starboard and the galley to port.

Note:
Air conditioning  was previously installed throughout yacht but system now removed although ducting and outlets remain if a new owner wishes to renew.

Canvas:
Winter cover in four pieces.
Sun awning, new 2014.
Special cockpit tent / bimini (stows at aft deck when not in use). Simple to use with removable panels for all sides – connects at forward end to sprayhood - to form a tent.
Sprayhood.
Wheel / pedestal cover. 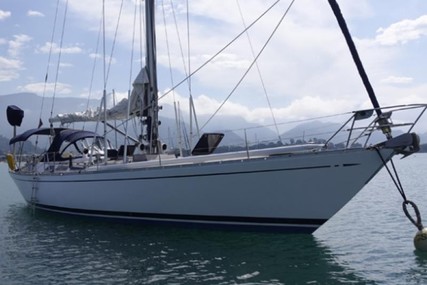 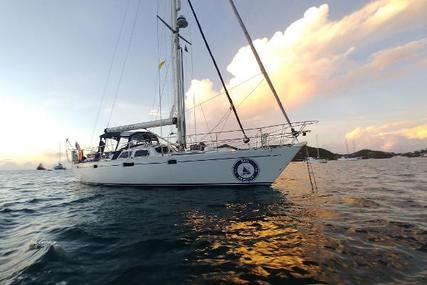 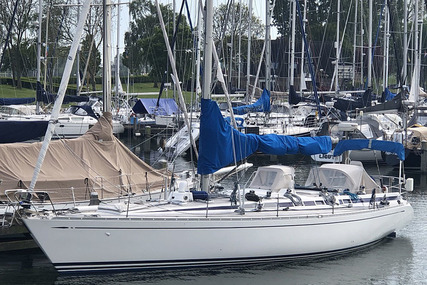 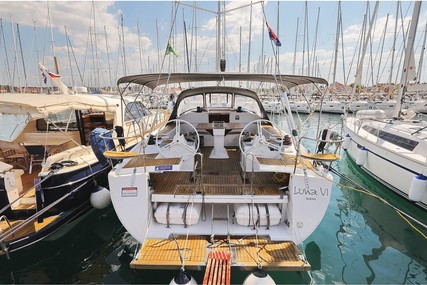 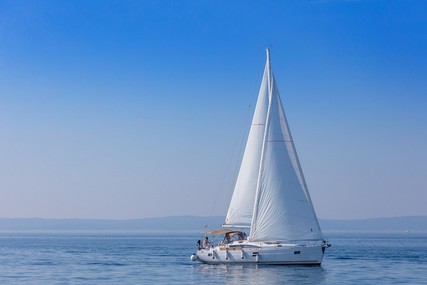 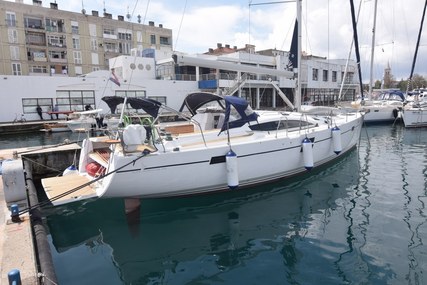 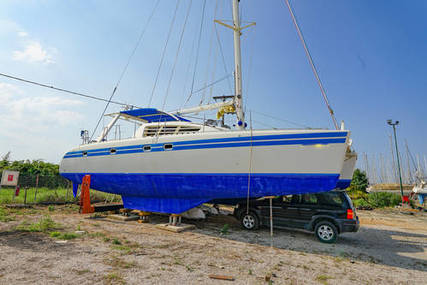 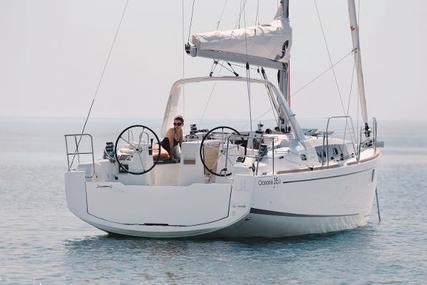 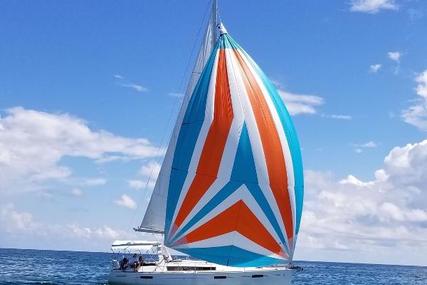 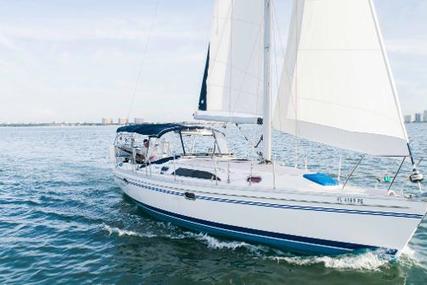