About this Sunseeker 90 Ocean

The 90 Ocean sees Sunseeker break new boundaries and create a spectacular yacht that boasts a remarkable 20% increase in overall volume with this new model compared to her predecessor, thanks not only to her substantial beam but also her upright bow that brings interior volume forward. Showcasing the fresh design direction of Sunseeker’s next generation, the new yacht’s exterior lines have been modified, allowing the Beach Club to become an even more impressive space. This large spacious deck measuring over 6m x 4m is great for family and friends to socialise. The innovative X-TENDtm sunbeds will allow for a multiplicity of arrangements in what is likely to be the key entertainment space on board. The X-TENDtm sunbeds can be operated electrically to either raise upwards to face the covered cockpit seating area or alternatively, they can be lowered to face aft at Beach Club level. Perfect for relaxing with family and friends, whatever the time of day.

The door of the garage has been set on an angle to not only allow for the design of the sunbeds but to also increase the remarkable storage capacity on-board with 56 cubic feet of space immediately behind the sunbeds plus two lockers offering yet another 90 cubic feet of adaptable racked or open space. The adjoining deck area with large hydraulic platform provides the space to house and launch a Jet Ski, a 15’ Williams 460 SportJet and two SeaBobs. The flybridge is a staggering 25% larger than a comparable yacht and owners can select an infinity spa pool and sideboard with second integrated BBQ. A wet bar with stainless steel sink, drawer fridges, ice maker and glass bar top is also available to make the most of this popular entertaining area. Its unique main deck, penthouse style saloon, measuring a remarkable remarkable 8.8m in length by 5.6m width and luxurious staterooms offer a new found design direction and materials selection providing elegant interiors to enchant any owner. The interior finish combines traditional elegance with contemporary updates. The layering of textural elements and the mix of furnishings and fabrics feels timeless with a modern twist that oozes sleek simplicity and sophistication.

Aft port and starboard Guest cabins Samsung 55" 4K Television with Apple TV App and Airplay 2 included. Sonos Soundbar.
(On 5 cabin layouts the above is repeated in lieu of the Master Stateroom)

4.Fore deck zone audio with four Sonance 8" Speakers with Sonos Amp. The zoning audio to be linked via the Sonos App with one tablet supplied for control of the zones.

Water Maker - domestic combi, double pass systemruns water from the dock supply as well as when at sea 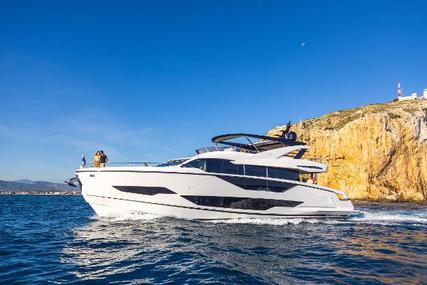 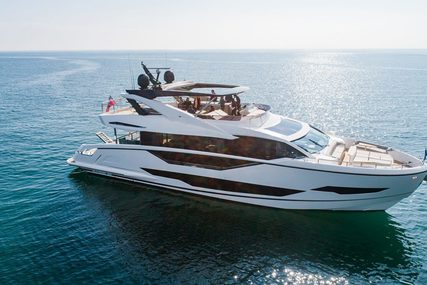 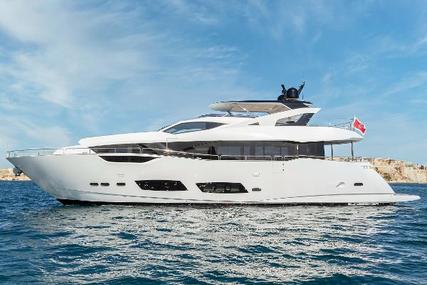 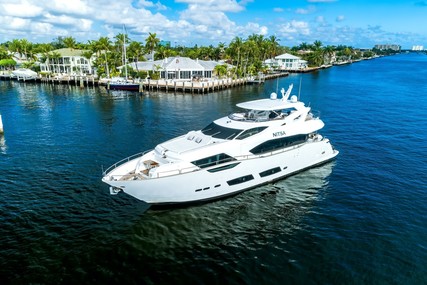 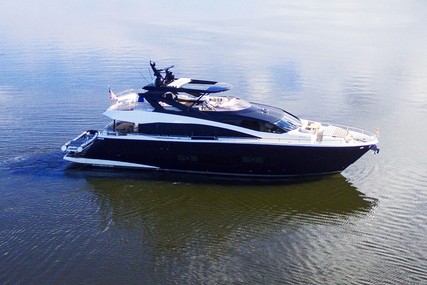 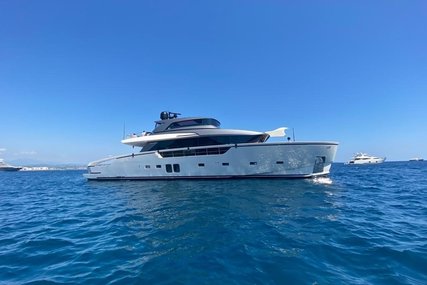 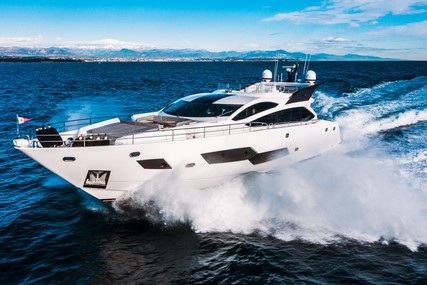 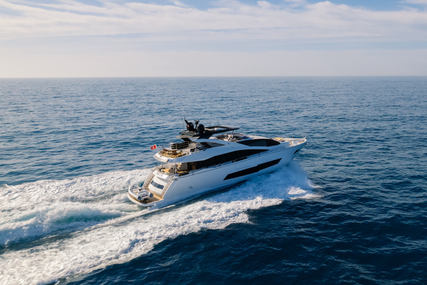 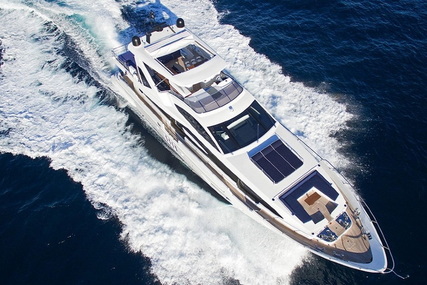 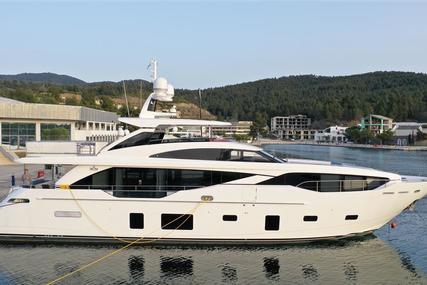 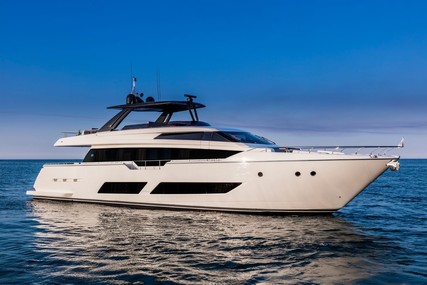 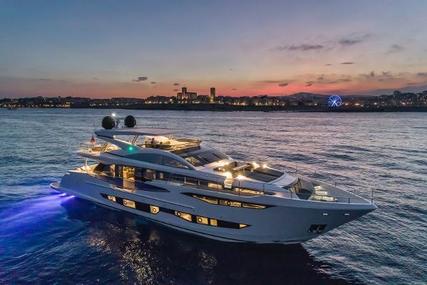 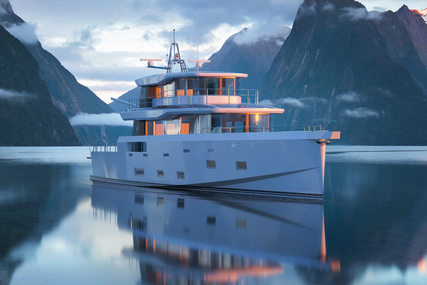 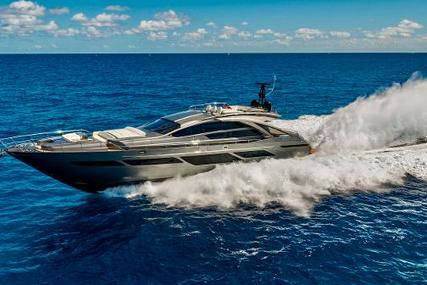 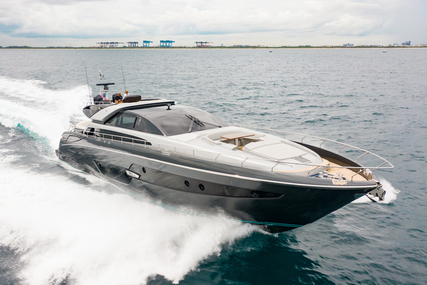 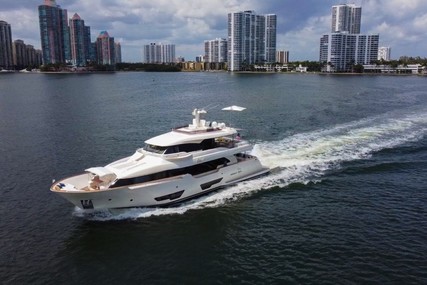 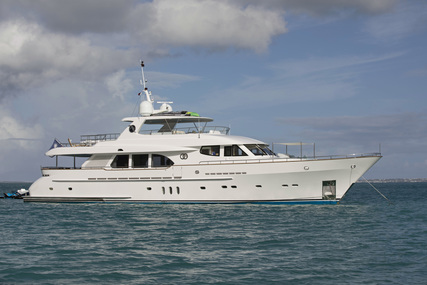 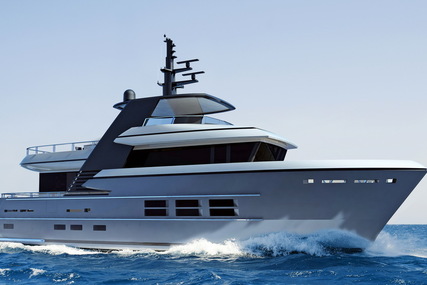 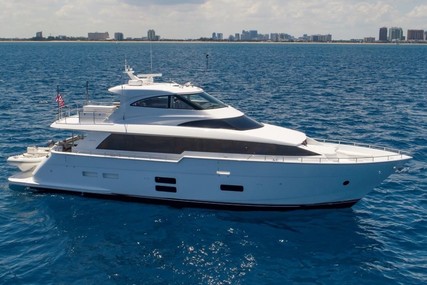 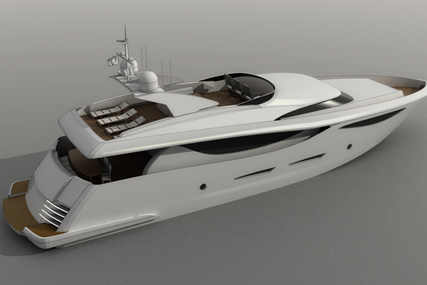 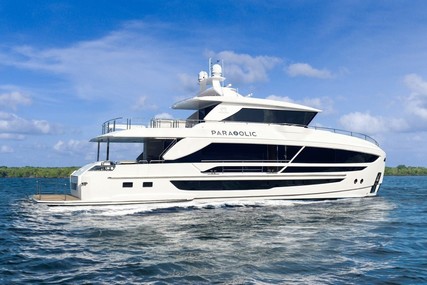 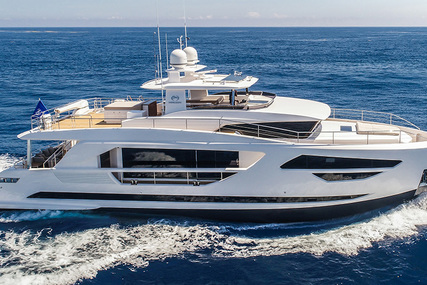 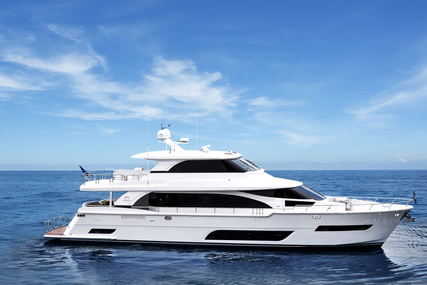 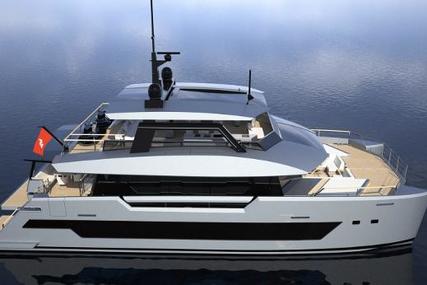 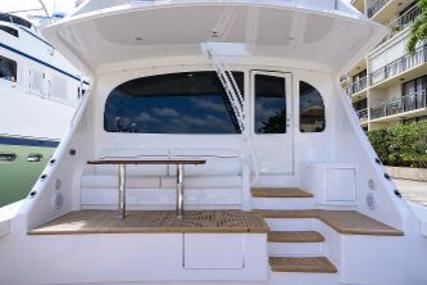 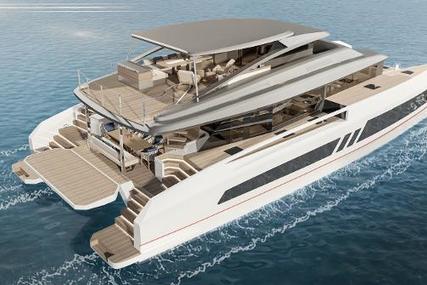 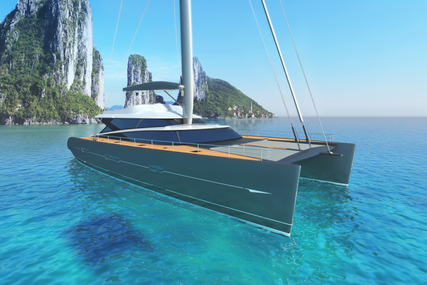