The rivers of the United States have always held a certain romance about them. Mark Twain once wrote about the mighty Mississippi, this authentic slice of America having lured many boaters and adventurers over the years. While the Mississippi still reigns as one of the most iconic river cruises of all time – and certain features on our list – the United States is in fact home to 3.6 million miles of inland waterways, rivers, and streams. Not all of these are passable in a motor boat, but there is still a lifetime’s scope of hidden treasures all over the country.

Whether you’re in search of glittering cities, river banks strewn with historic sights, or abounding nature and tranquility, you’ll find a stretch of river to suit. From a day out fishing on a Jon boat to a week-long cruise in a classic paddle steamer, houseboat or pontoon boat, we have rounded up the perfect destinations.

Float past the ever-changing scenery of America’s heartland on this iconic river trip along the lower stretches of the Mississippi River. It’s a journey of discovery along Old Man River, beginning and ending in the spirited cities of Memphis and New Orleans, with their old-school charisma and musical legacy. Cruise past great cotton plantations, Civil War battlefields, antebellum houses, and dense woodlands as you discover a rich history. The shores of the Mississippi tell the stories of Native Indians, pioneers and civil war, a time when the north and south were divided by this very river.

Take a week off and embark on an adventure to remember as you float this 88-mile stretch of the pristine Colorado River. Creating a natural border between Arizona and California, the Colorado River snakes its way through an ever-changing landscape where nature reigns supreme. From Lake Mead and the Davis Dam, the Mohave Desert unfurls in all its barren beauty, before the Havasu National Wildlife Refuge opens up before you in a blaze of craggy rocks, sandy beaches, and piercingly blue skies. An epic journey of big landscapes and untamed wilderness.

From the depths of nature to an urban artery, the Hudson River unveils life along New York’s famous waterway and the life which thrums on its shores. From vibrant, enigmatic New York City set sail along a river which passes millionaire’s mansions, maritime museums, forested banks bursting with colour (especially during the autumn), and the charismatic cities of Poughkeepsie and Albany. The Hudson River Valley extends 150 miles above the tip of Manhattan, so explore as far as your wanderlust takes you on this beautiful journey filled with history, culture, local food, and nature.

Discover a true slice of tranquility on the lower Savannah River, a secret waiting to be discovered by recreational boaters. Marking the border between Georgia and South Carolina, it twists and turns like a coiled spring through vast floodplains and pre-Civil War plantations, thick forests and alligator-laden wetlands. This epic 200 mile-long journey is suitable for barges and shallow draft boats, the wild river perfect for those seeking solitude – you might not meet another person for days. At the end of a journey filled with nature, the city of Augusta welcomes intrepid boaters with its laid-back charisma, antebellum architecture, and wide boulevards.

The Mississippi River deserves two positions on our list, as much for its beauty and historical intrigue as for its sheer variety. The upper reaches of the great river are a total contrast to the lower stretches, yet they hold their own magic. During the autumn months, cruise past riverbanks soaked in hues of red and gold. Sail through La Crosse in the heart of Amish country, where a simple life prevails, and make land to explore the modern, artsy cities of St. Louis, Minneapolis, and St. Paul. Steeped in tales of French fur traders and frontier battles, they are engulfed amidst the pristine landscape where Mark Twain’s Tom Sawyer and Huckleberry Finn once roamed.

Clarkston is named after the explorer and frontiersman William Clark who, along with Meriweather Lewis, set off on an expedition to the Pacific Northwest which was to change the face of American history. Embark on this gargantuan 300-mile journey in the wake of the great explorers, as you explore the breathtaking Snake River and the thundering Columbia River (although it can be chopped into shorter sections). The journey begins with a 140-mile cruise through stunning canyon landscape, where wildlife and Native American history abound, and solitude is guaranteed. In Burbank, the rivers collide and it is another 200-miles of pristine nature and historic Oregon Trail towns to the city of Portland.

For those in search of long, sun-drenched days of tranquility, time for contemplation and peace may we introduce you to the Illinois River. On this 330-mile journey between Chicago’s Lake Michigan and Grafton, where the Illinois River meets the Mississippi River, you’ll have nothing but time to fish, gaze at the scenery and unwind. From the buzz of Chicago (in fact on the Des Plaines River until Dresden Lock), the river wends through an agricultural heartland, farms, and farmland interspersed by small, welcoming towns with impressive foodie scenes. Whether you choose to stop off in enigmatic towns such as Peoria or spend your time wildlife-watching in the national refuges – or both – you’ll find an ever-changing landscape filled with intrigue and discovery.

Abraham Lincoln was 19 years old when he first traveled down the Ohio River on a barge loaded with furs destined for sale in New Orleans. Today the vast Ohio River – it is up to a mile wide in places - are a busy thoroughfare, its astounding natural beauty, and importance as a transport hub making it popular with recreational boaters and commercial vessels. Embark on a journey through American history and culture as you cruise the great waterway. The town of Point Pleasant, West Virginia sits at the confluence of the Ohio and Kanawha rivers and was the site of the Battle of Point Pleasant, a significant event in the American Revolution. Indeed, many of the residents are descendants of original soldiers and settlers. From there it’s on to Maysville, Kentucky, where panoramas of the mighty river are unforgettable, before winding up in Cincinnati, Ohio, the mid-way point along the 981-mile Ohio River. This buzzing city is alive with culture, with its arts, history and sporting museums. Those in search of a greater adventure can continue their odyssey to Louisville, Kentucky and conquer the entire river. 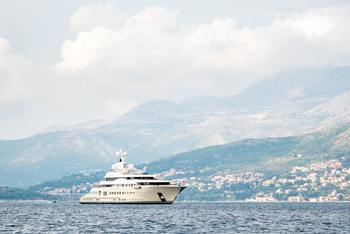