The Gulf of Mexico in the Western Hemisphere is one of the most ecologically diverse bodies of water that offers interesting specimen. You can expect to see sharks, dolphins, sea turtles, and different types of fish. Some are edible, and some just look interesting to catch. If you’re planning to go on an expedition, the varieties of fish you will see differ each day and year.

These are the types of popular fish to catch on your deep sea fishing trip in the Gulf of Mexico:

This is one of the most commonly sought-after fish you can catch from a depth of 20ft to 60ft. This type of fish is not hard to find even for divers or fishermen with little experience. With a weight that ranges from 3lbs to 30lbs, this fish lives on the gulf floor on either artificial or natural structures. Regulations set a limit of fish per bag per person. The fishing season normally starts on June 1 and continues into July. The duration of the season changes each year depending on regulation assessment.

This prized species live at the depth of 200ft or more in structures located on the gulf floor. You can spot different species of grouper such as the Scamp Grouper, Gag Grouper, Red Grouper, and Goliath Grouper, which grows up to 500lbs. Live bait works effectively for this type of fish. Before heading out, you might want to catch baits first or buy them in your local bait barge. Grouper is a favorite fish to eat, but regulations have set a catch-and-release rule for these fish.

A wahoos normally weighs between 10lbs to 100lbs, with a height of up to 6ft. The further offshore you sail, the bigger the chance of getting a larger size of its kind. You can catch a wahoo by stringing big lures behind the boat between fishing areas. Aside from being a beautiful game fish, the wahoo is a favorite meal to eat as well. Its meaty white fillet can be grilled, making it a favorite catch among many anglers.

The weight of this fish ranges from 1lb to 5lbs, with a length that can grow from 12 inches to 24 inches. The migration of these fish happens annually, starting from March until November. The weather is excellent between March and April, making it the best time to catch spanish mackerel. It is considered to be a fun fish to catch, and is also ideal for children. Things can get crazy soon as they bite your bait, so hold on to your pole when the reel goes off.

This colorful species is hard to find as they like residing under floating debris, causing them to constantly move. To spot a mahi-mahi, you must first spot debris and manage to navigate your way through it before finding this fish. The probability of catching one is often high as long as you find the right school. The migration of mahi-mahi often starts in May throughout November. Regulations set a limit of 60 mahi-mahi fish per boat.

Both the Blackfin and Yellowfin tuna can be found in this area. However, in order to spot a Yellowfin, you will need to set sail further west going to Louisiana oil rigs. That trip can take you at least two days. On the other hand, Blackfin can easily be spotted while on trolling trips.

These fish can grow similarly to their cousin, the Spanish Mackerel, ranging from 1lbs to 15lbs,  with a length of 12 to 24 inches. Their migration starts in April to November in the Panama City Beach area. Anglers battle these fish with light tackles, making it a challenge for them once they strike. They are fished using cigar minnows trolled in the back of the boat. Regulation limits each person to three King Mackerel with a minimum size of 24 inches.

Sharks are the largest species that anglers often catch. The common types of sharks they usually get are Tiger Sharks, Bull Sharks, and Hammerheads. A Mako is an occasional catch depending on the time of the year. The size of the sharks in the area typically measure between 7ft and 10ft, with a weight of a couple of hundred pounds on average. With its length and weight, you can imagine the difficulty anglers needed to face in reeling them into the boat. Similar to catfishing, it is a waiting game until sharks take on that big bait.

The size of these fish and their abundance makes them an easy catch even for kids of any age. They live around the reefs and are a phenomenal fish to eat all year round. Locals often prefer vermillion snappers on their plate over the red snapper. They are also known by different names depending on the area: Mingos and BBs in Destin and the 30-A region, and Beliners in Panama City Beach.

This fish may appear ugly with its small mouth that has human-looking teeth and a compressed flat body, but they are the best fish to fry. You can find these species on hard bottom offshore and artificial reefs. Anglers use squid as its bait and use small hooks to catch them. Although this reef species can be fished all year round, regulations set a limit to 1 fish per person only. So, if you wish to bring plenty of them to your table, consider bringing along plenty of anglers as well.

With a weight averaging from 20lbs to 40lbs, sometimes even more than 100lbs, fishermen consider these species to be the hardest fighting fish they catch all year round. Aside from their weight, they also give a good fight when being reeled in. You need to have strong arms to get them into your boat. Fishermen call them fish donkeys because of their stubbornness. You can find Amberjack on artificial reefs with depths ranging from 60ft to 400ft, and catch them using live bait. These pound-for-pound fish are ideal for either catch-and-release trips or meat trips.

Also known as Crevally, these species often hover in pairs and have earned the description of coastal pack wolves. They are often found around offshore wrecks, reefs or inlets. They can weigh from 10lbs to 12lbs, and sometimes up to 57lbs. Anglers use fresh live baits in fishing them out. Most of the meat of these fish is dark red in color with a strong flavor, making it the least favorite by most palates.

Red Drums usually have a bronze or reddish color with a white underside. Sometimes, though, they can grow to pale white all over. They commonly weigh between 10lbs and 12lbs, and can sometimes reach up to 30lbs. They can often be found along shell bars, shallow flats, and rocky and grassy shorelines. These species have different names such as Redfish, Rat Reds for the undersized kind, Drums, and Bull Reds for the oversized kind. They have an insatiable appetite and would take on live baitfish, shrimp, and crabs.

These fish lie on their side instead of the abdomen due to their laterally compressed bodies. They also have a brown or olive color with three prominent spots and can weigh from 1lb to 3lbs on average, which can sometimes reach up to 6lbs. The best season to fish them is in the fall, during the flounder run. You can best find them in rocky areas using light gear. Baits like live or dead shrimp, cut baits or fish baits, especially finger mullets, works for them.

Cobia can weigh from 20lbs to 50lbs, and can grow to more than 100lbs. Their color is brown or dark gray above with a white underside that make them seem like sharks underwater. They are a migratory species that likes shades, so you can find them under platforms, buoys, anchored shrimp boats, floating debris, or anything that gives them shade. The best season to fish them is from April through September. They bait on mullet, cigar minnows, crabs, live pinfish, shrimp and dead fish or squid. Its meat is best served fried, smoked or broiled.

These can grow up to 12 inches with an average weight of 75lbs. They have green or steel color above with a silver underside. These fish are famous for the frequency of their jumps. Fishing for Tarpons often occur at river mouths and live-baiting channels. They can be fished using dead mullets, swimming plugs, lipped plugs, and spoons for bait.

There are plenty of skilled and experienced local fishermen that offer fishing trips in the Gulf of Mexico. Both walk-in trips and chartered tours are offered, which can work for families, friends, or even corporate getaways. Tours such as these will already provide tackle, bait, and fishing licenses that will make your experience seamless and enjoyable. 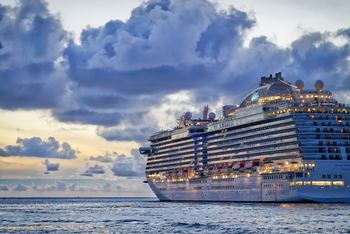 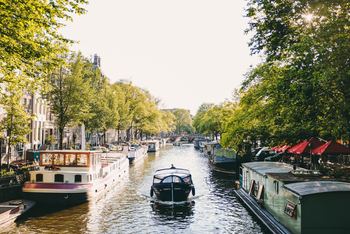 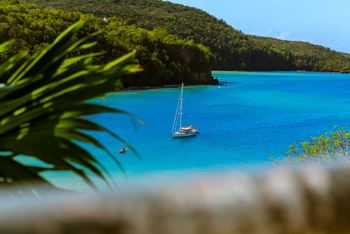 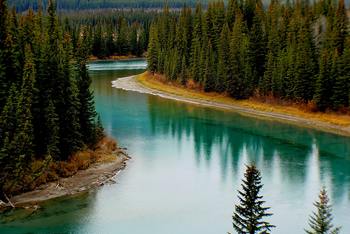 The rivers of the United States have always held a certain romance about them. Mark Twain once wrote about the m...