35ft BUCHANAN CRUISING YACHT for sale in United Kingdom for £44,950

35ft BUCHANAN CRUISING YACHT for sale in United Kingdom for £44,950

About this 35ft BUCHANAN CRUISING YACHT

EASTER was built in 1960 and completed in October that year for owner Percy Greaves of Hampstead, London. She was a special commission, designed by Alan Buchanan and built by William King & Sons, Burnham on Crouch to Lloyds 100A1 Class. Percy, a member of the Royal Corinthian, Little Ship Club, Dartmouth Sailing Club and Royal Burnham also owned a Herreschoff Islander One Design sloop. Percy stationed the newly launched EASTER at Burnham. In 1963 he sold the yacht to Noel Jordan of Sheerness, Kent. In 1969 Dr. John Ives MB, Vice-President of the Little Ship Club bought EASTER and sailed her to Bursledon as a permanent base. John was very well known in yachting circles, particularly the Royal Cruising Club. In the early 1970’s John with his new wife Joan (youngest daughter of Dr Thomas Harrison Butler) set sail for an extensive cruise to the Med. On returning to England John’s health failed and his widow sold EASTER in the late 1970s to S A Inston of Doveridge, Derbyshire who stationed the vessel in Scarborough Harbour. EASTER remain in class until 1983. Under various new ownership’s she was based in Falmouth and the West Country before being bought by the current owner in 2010. Since she has been extensively refitted and cruised in recent years.

New mainsail, genoa and mast, and replacement Yanmar 3JH4E engine, all fitted last year. EASTER is a beautiful boat, built of teak and has a number of attractive features, making her a great classic boat to own; she has  6’4” headroom in the cabins. She’s been performing excellently since her new sails were fitted last year, and is regularly sailed by her current owners, meaning she’s in ‘ready to sail’ condition.

I’ve owned EASTER for eleven years. I particularly wanted a classic yacht, drawn to the elegant shape and beauty of wooden boats. Being 6ft 4” I also wanted a yacht I could comfortably stand up in, EASTER ticked all the boxes. She has been described as an exceptional yacht, ideal for anyone considering off-shore voyage’s where strength and sea-worthiness are as important as performance and comfort. I can definitely agree with this, I have travelled to France, Channel Islands and this Summer spent 6 weeks aboard travelling around the West Country and Scilly Isles. She always feels safe, no matter what the weather throws at you, in fact she has been across the Atlantic three times, with previous owners. EASTER was built to Lloyds 100A1 (maintained in class until, 1982) and above average specification using the very best materials. Alan Buchanan himself said the standard of workmanship and finish by William King was exceptional. Much was written about her when launched in 1960, featured in Yachting World annual. The design is typical Alan Buchanan, who at the time was leading his field with Class 1 yachts. She has a long keel, steeply raked transom stern with transom hung rudder. Planked in teak, all copper fastened to Canadian rock elm, closed-spaced timbers and 3.25 ton lead keel and bronze bolts. Fabricated galvanised steel ring frames forward and aft of the mast give extra strength to the coach roof. The deck is solid teak, self draining cockpit with exceptionally large lazerettes, useful for storing; ropes, fenders, outboards, paddle boards, spare fuel, water and many other useful or non-useful things. Having spent the past few years re-furbishing her from inside to out, she receives admiring comments wherever she goes and with her new sails is performing really well. I am reluctantly selling her as I would like to spend time sailing in the Med and further afield to the Caribbean and would prefer something a bit larger as a liveaboard and more suited to a hot climate.

VIEWING: Through the brokers CYB OR RBS 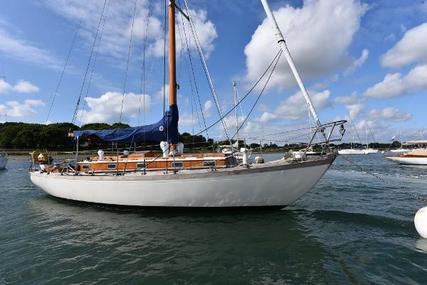 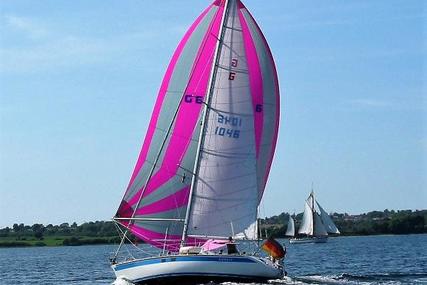 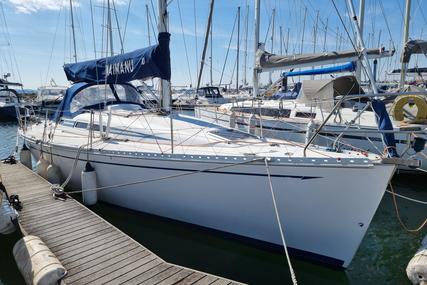 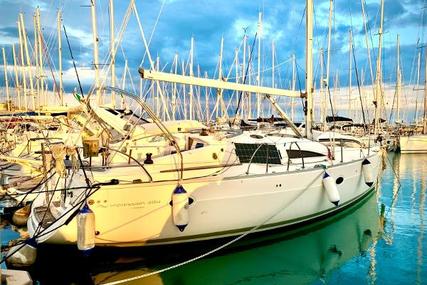 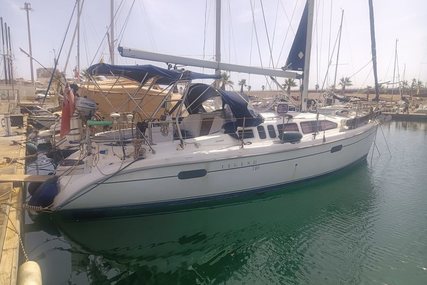 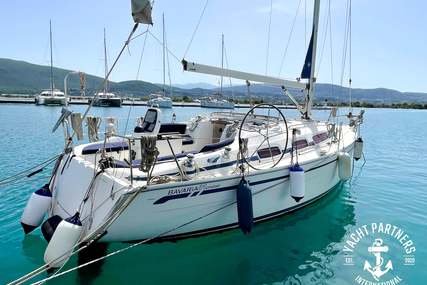 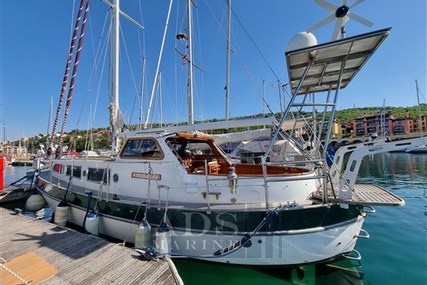 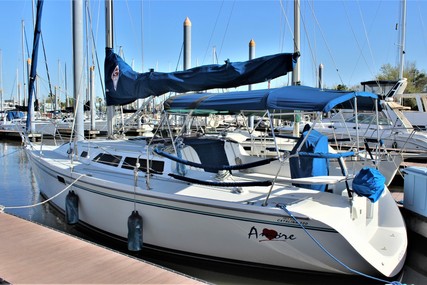 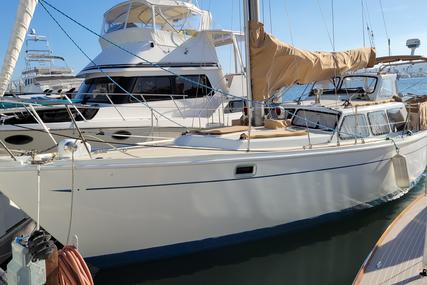 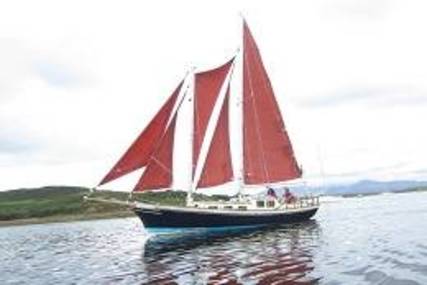 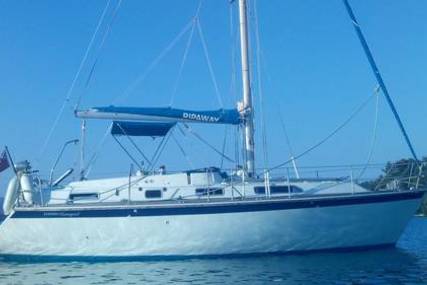 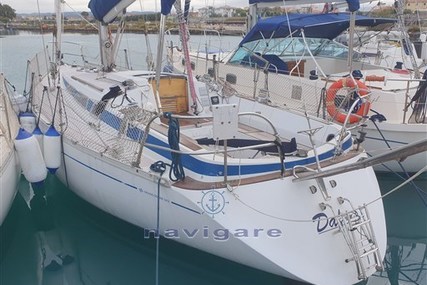 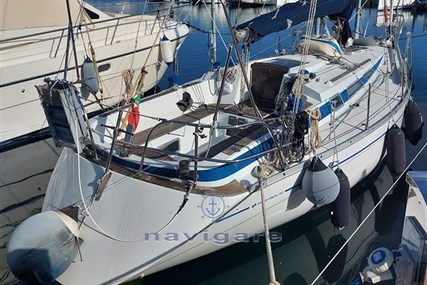 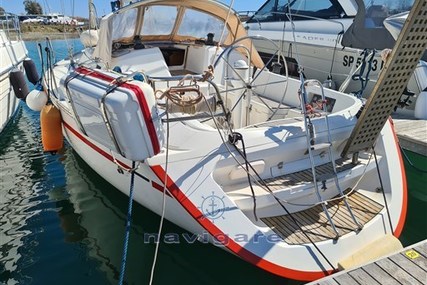 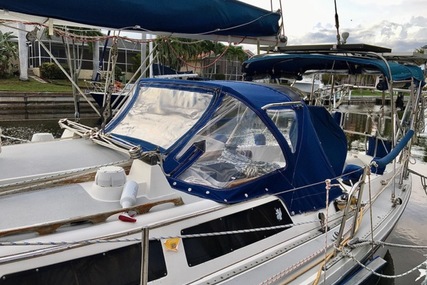 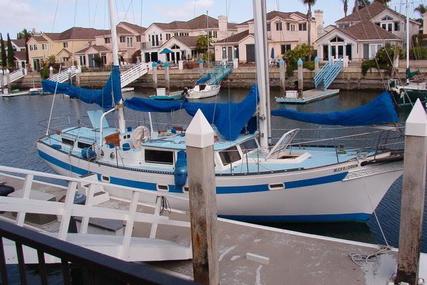