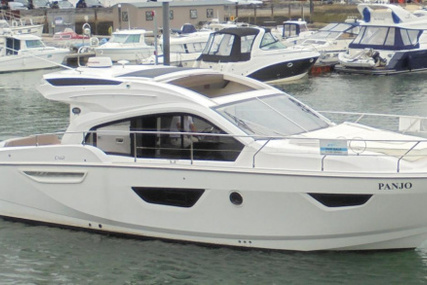 Sessa Marine, the builder of exclusive boats was established by engineer Camillo Braga in the year 1958. He was one of the foremost engineers in Italy to utilise plastics for industrial use in various productions. In 1968 his daughter Raffaella Braga Radice, lead the company into the marine industry by attending the first Boat Show in Genova. And thus, Sessa Marine entered the boatbuilding sector in 1968 and quickly found victory by concentrating on a car-type delivery system and using their valuable skills and concepts learned in production. In the subsequent years, production multiplied and Sessa increased its global chain of dealerships everywhere in Europe and started a branch in Florida. Launching the flagship C68 and Flybridge Sport models they scored grand acclaim and success. The Key Largo 36 won Motor Boating USA magazine’s boat of the year in 2009. By 2012, the company was producing over 500 boats per year. In 2017, Sessa Marine launched its new concept range of Explorer boats.

Discovery, dynamism, design, technology, class, and quality are the exclusive features of Sessa Marine without losing sight of its ultimate goal, which is creating "emotions" to all those who own a Sessa Marine Yacht. The history of Sessa Marine is a classic example where entrepreneurship and technological advance enabled the company to deliver excellence. With a determination to always do better, Sessa Marine views every accomplished goal as the beginning. Each boat is built with first quality material, excellent craftsmen and also complying with the most severe laws of every country. Sessa Marine allows many customizations that enable us to meet the needs of any shipowner. The company Sessa Marine is committed to guaranteeing that the complete production process takes place with true consideration to the environment and the well-being of workers and collaborators. Sessa Marine takes utmost care about two subjects, namely, the impact during production towards the environment and the workers, and product impact during its use. Sessa Marine can install more ecological engines with noise control and low emission on its own boats in association with the effort of engine and propeller production companies towards lower pollution.

Human adventurers are of two types, the first set wants to reach their destination faster and the second set wants to enjoy and experience every second of their journey. And for the latter, Sessa Marine has invented and designed products that comprise of more than 50 years of experience. It is a blend of Mediterranean sophistication, style, and grace. Hence Sessa Marine class and quality is the outcome of their expertise in the global markets. So, select from the many Sessa Marine boats for sale listed at www.rightboat.com and step aboard to make lovely memories with your friends and family. And if you have a pre-owned Sessa Marine boat, you can sell your boat online through www.rightboat.com where your selling is made easier and simpler.

1. Who is the founder of Sessa Marine and when was it founded?

Sessa Marine was founded by Camillo Braga in the year 1958.

2. Where is the headquarters of Sessa Marie yachts located?

The Sessa Marine yachts headquarters is in Bergamo, Lombardy, Italy.

3. What are the special features of Sessa Marine Cruiser line?

The Sessa Marine Cruiser line is a representation of style and comfort with class. It adds to the excitement of becoming one by the sea with the natural light seeping in through its huge windows. Beneath the deck, the maximization of space makes it truly livable, with two duplex cabins and a bathroom of awesome dimensions, two kitchens of which one is inside and the other on the cockpit. The chaise longue, the large couches, the internal layout has been designed to provide a homely feel to those aboard.

4. What are the special features of Sessa Marine Flybridge line?

The Sessa Marine Flybridge line is a new innovative trial that lets you discover the new yacht flagship with a strong nature and a matchless style. The glass openings maximize the illumination and airiness of the main deck. The concept is inspired by the automotive sector, a perfect mix of space and sportiness, combined with astounding sailing ability making it a genuine design product. The idea of Flying has been revolutionized in the Sessa Marine Flybridge line due to the outstanding sports skills, perfectly integrated with the boat shapes, making it one of the most steady and comfortable yachts, where design influences art and motivation and where class meets practicality. The fluent lines, the play of light, attention to detail, handcrafted environments, round shapes and rare overtones in the interiors create a warm atmosphere with a domestic feel.

5. What are the special features of Sessa Marine Yacht line?

The Sessa Marine yacht line was inspired by the lines of sporty cars of the 60s whose grace and power held the main distinctive features. The ambience of the interior has been considered to evoke a domestic setting without reducing the nautical feel. The innovative hull grants unique sailing skills and blends design, comfort and quality features typically anticipated from a big yacht. These luxury boats are an expression of the builder’s talent and creativity, as a result, the owners get both, a generous distribution of space as well as an enclosed living with an innovative and versatile product that will satisfy what every owner desires.