About this Poole Chaffee Raised Pilothouse

Her accommodations include an on-deck master stateroom with 4 staterooms below plus crew. She is a blue-water, transoceanic design rarely found in yachts this size.

She is ready to cruise anywhere with a fresh paint job and interior upgrade as well as a complete mechanical, electrical, and equipment refit by a knowledgeable owner; making her a bargain by yachting standards.

Guest quarters are accessed via a stairwell by the galley. To port and forward is a convertible office with a pullout sofa. Opposite is a guest stateroom with a pullout queen lower and a twin Pullman berth. These two rooms share a head with stall shower. Aft to starboard is an en-suite stateroom that allows twin berths to convert to a king centerline. To port is an en-suite, centerline queen stateroom. A linen closet is in the hallway.

Located forward of the salon and dining room to starboard. It is commercially designed with gourmet preparation for large parties in mind. All stainless steel surfaces and appliances with good flow and accessibility and plenty of under-counter storage. On-deck entrance starboard side.

The covered aft deck has a large seating area (all new Sunbrella upholstery – 2008)) with opposing stairways to the cockpit. A large cockpit features a new Pompanette fighting chair and a stainless ladder to the aft flybridge The foredeck has two seating areas (deck storage beneath). The flybridge features a large, U-Shaped settee (all new Sunbrella 2008) with a table under a large bimini top (all new with stainless frame 2008) and another settee facing aft. The flybridge helm has two helm chairs and features a renewed Lexan windshield and S/S frame.

The lazarette is accessed via Freeman deck hatches and houses components for the Atlas shore power converter. New blowers and a fresh coat of paint have been installed.

The engine room is accessed via a watertight door in the cockpit. All equipment is easily accessible. Also featured are two new FRP workbenches, new perforated sound down ceiling panels.

All hoses and plumbing, valves, thru-hulls, injectors, etc. were completely gone through (with many replaced) 2008.

"Marazul" features many desirable features not commonly found on yachts under 120’; such as an on-deck master stateroom plus four guest staterooms (US built for easy US charter-ability), transoceanic range, walkaround decks with a 24’ beam, the ability to carry a multitude of water toys and a large cockpit to accommodate serious watersports (including a state-of-the-art SCUBA air compressor).

She has been expertly refit, painted, and redecorated in 2007/2008 and is ready to cruise in all aspects. Experienced yachtsmen will appreciate the heavy aluminum construction and ageless, good looking design.

She affords a unique opportunity to purchase a fine sea-keeping yacht that cannot be duplicated today at triple the price.

Engine and generator hours are as of the date of the original listing and are a representation of what the listing broker is told by the owner and/or actual reading of the engine hour meters. The broker cannot guarantee the true hours. It is the responsibility of the purchaser and/or his agent to verify engine hours, warranties implied or otherwise and major overhauls as well as all other representations noted on the listing brochure.

The company offers the details of this vessel in good faith but cannot guarantee or warrant the accuracy of this information nor warrant the condition of the vessel. A buyer should instruct his agents, or his surveyors, to investigate such details as the buyer desires validated. This vessel is offered subject to prior sale, price change or withdrawal without notice. 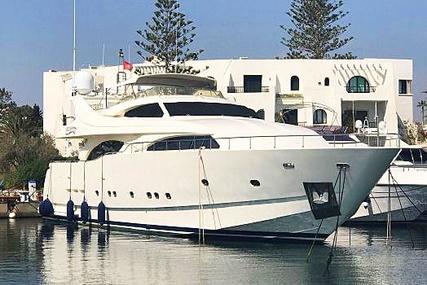 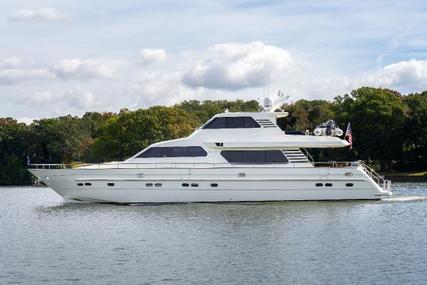 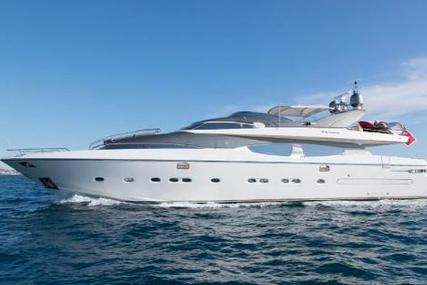 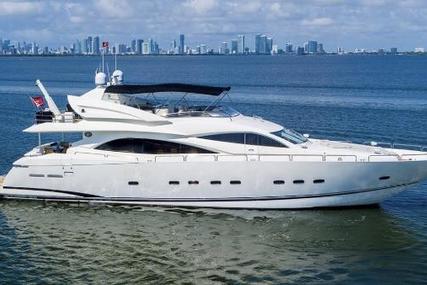 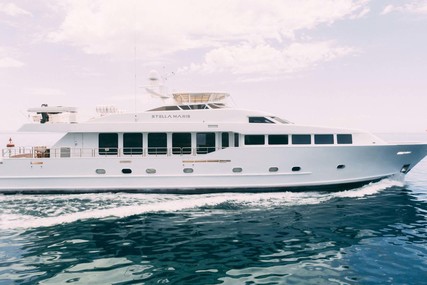 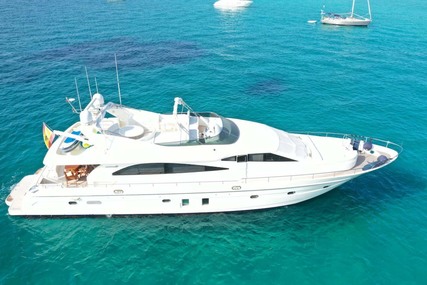 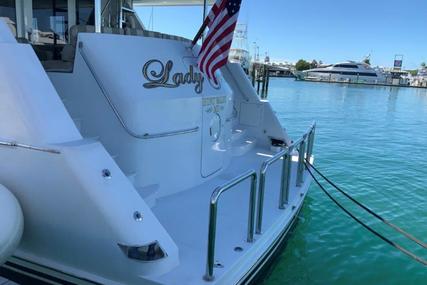 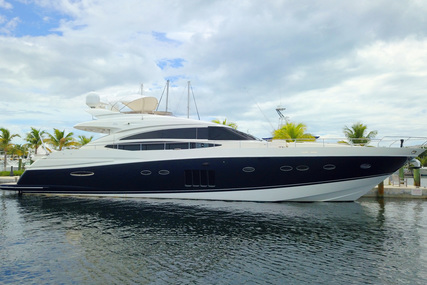 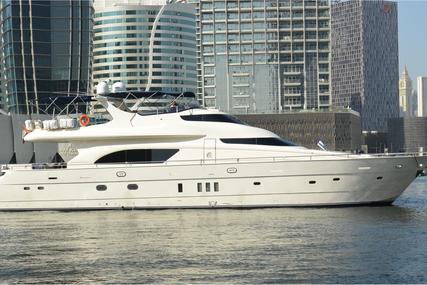 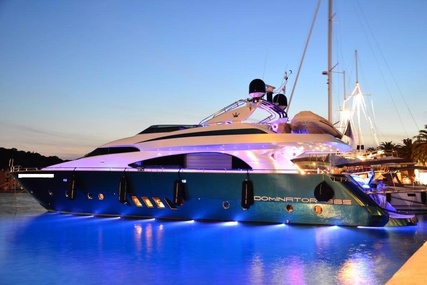 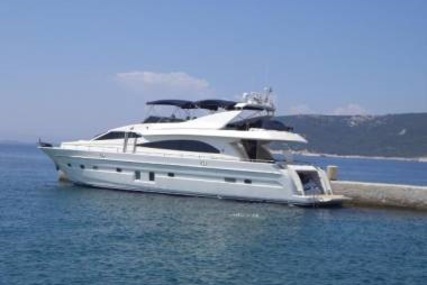 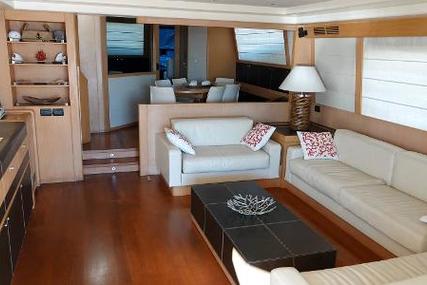 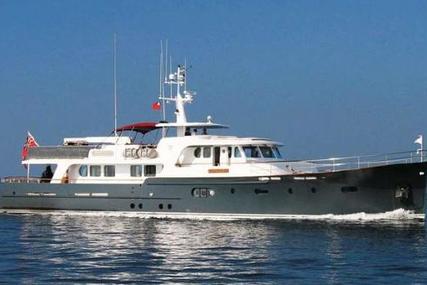 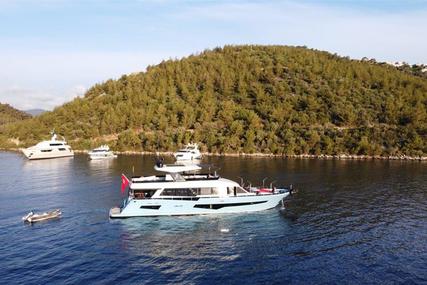 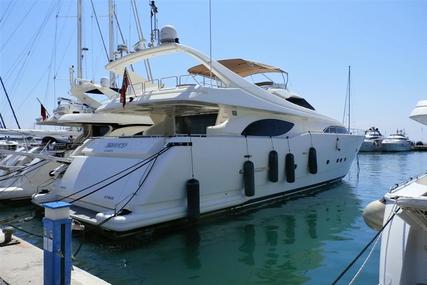 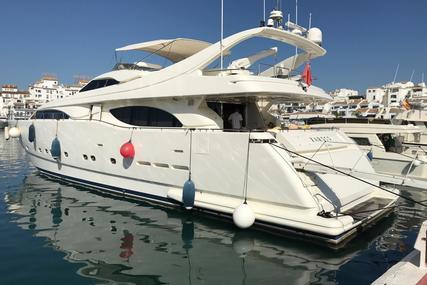 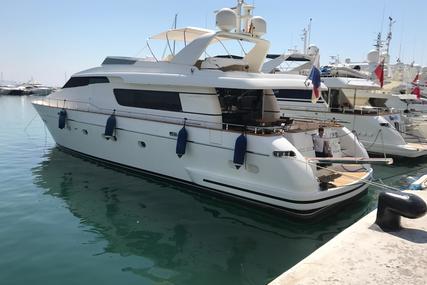 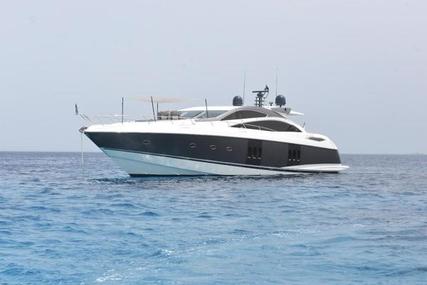 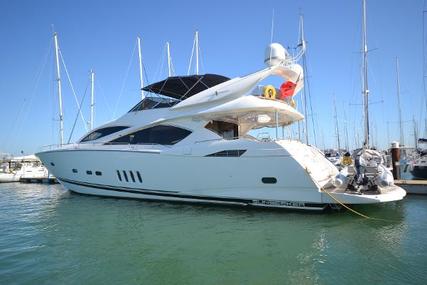 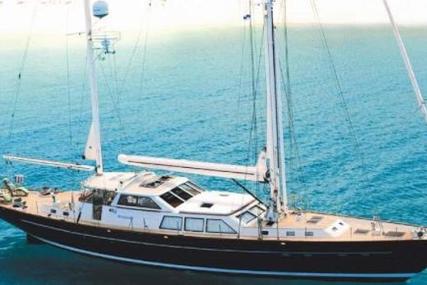 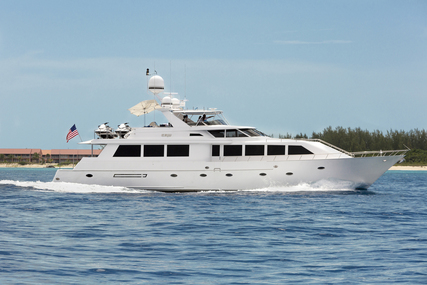 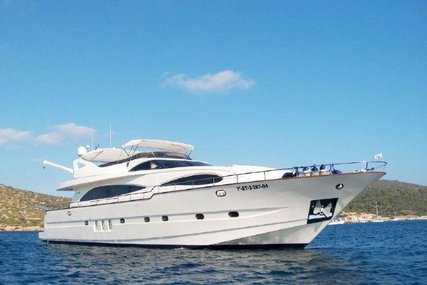 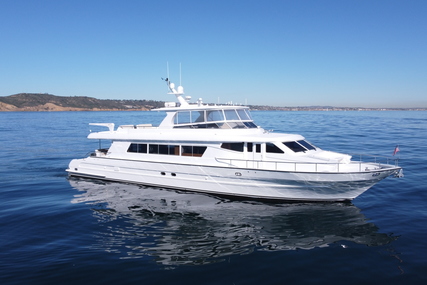 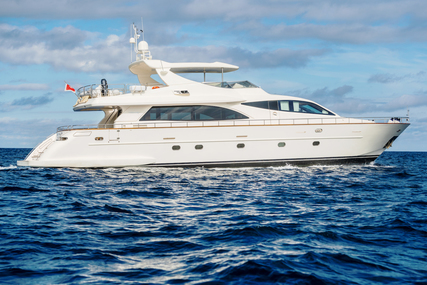