About this Gulf Craft Majesty 125

The Majesty 125 superyacht is synonymous with quality, style and performance. “MY Al Wasmy I” is hull #003 of this impressive line from Gulf Craft Inc in Dubai. Delivered in 2013, she has been part of her owners private fleet, and as such maintained to the highest standards with little use. A full-time captain and crew keep her absolutely turn-key ready to use every day. We highly encourage a viewing to see just how stunning she really is. A full programme of maintenance is carried out on an annual basis, returning the yacht to her manufacturers base in Dubai, where no expense is spared. Powered by the larger option twin 2000 series MTU 2600hp diesel engines, she has an impressive top speed of 22 knots, boasting an interior volume in the region of 280GT. Notable specification highlights include: zero speed fin stabilisation, hydraulic bow thruster, twin Kohler generators, twin water makers, fuel cleaning system, gulf-spec air conditioning system, electric patio doors, 13 underwater lights, retractable sun canopies on both upper decks, satellite phone, satellite TV, thermal imaging camera, a full suite of high-end Raymarine navigation equipment, a similarly high-spec AV system throughout and a comprehensive monitoring system throughout. A host of water-toys are included – 4 jetskis and a Williams tender, leaving little provisioning required before she can be put into regular use by her next lucky owner. Luxury internal décor theme with beautiful Ebony, Quilted Maple and Ebonized beech woodwork, contrasting with the highest-quality stone and marble. Opulence is truly in abundance. Feature lighting highlights the key areas, really giving her the “wow-factor” to all those stepping aboard. Lying afloat in Muscat, Oman, daily International flights to all major worldwide airports are just a short drive away. Please ask us to assist with your travel logistics for a visit. Worldwide delivery can be arranged at additional cost, please contact us for further details.

5 sumptuous cabins offer accommodation for 10 guests plus 7 crew.
Exterior deck space has been laid out to offer maximum flexibility - spread over 3 main decks, the Skydeck offers social lounge space, a walk-up bar with 3 stools, an external helm position and ample room for enjoying the outdoors. The owners private deck aft incorporates a centre-line jacuzzi and seating area, with walk-around deck to the bow, where further lounge seating is offered in abundance. Main deck aft includes a large fixed dining table for 10+ guests, with a walk-up bar when required.
Her master stateroom suite runs forwards on main deck, incorporating a private seating area off the main lobby, large panoramic windows to both sides, for maximum natural light penetration. Good sized walk-in closet and bathroom with large bath, shower stall and twin basins.
Four further guest cabins – two double and two twin - all on the lower deck, provide impressive guest accommodation, again all en-suite.
A fully equipped galley incorporates an abundance of high-quality semi-professional cooking equipment.
A social main deck lounge area allows guests room to sit back and enjoy the impressive 180 degree views, with a formal dining area forwards seating 10.
Crew accommodation for 6 below plus captain on main deck, offering a total of 7 onboard.

INTERNAL FITOUT
A selection of beautiful marble stones have been used throughout including: Dark Emprador, Arabescato Rosato and Crema Marfil
Cabinetry in Ebony, Quilted Maple and Ebonized beech
Decorative hardware from Fusital, Hafele and Dornbracht 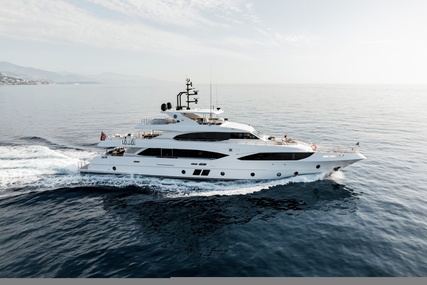 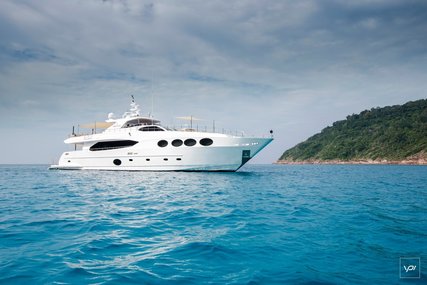 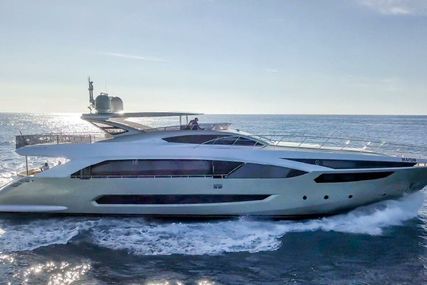 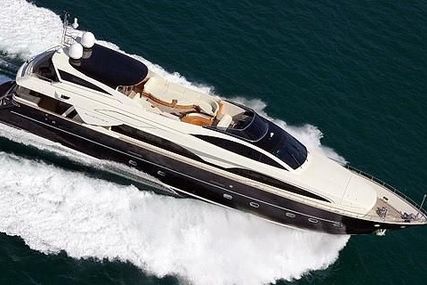 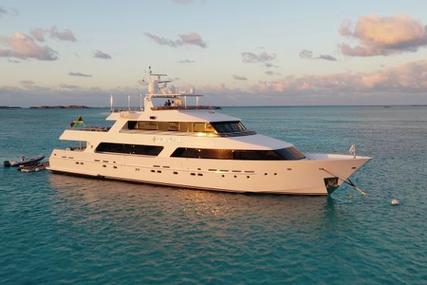 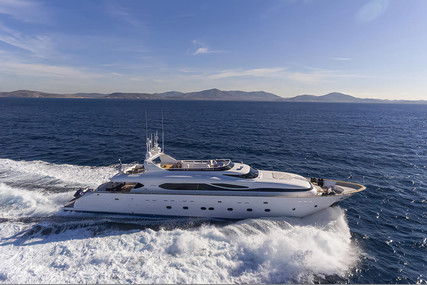 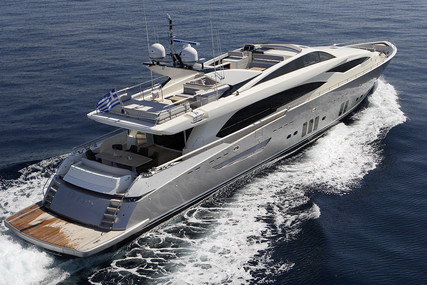 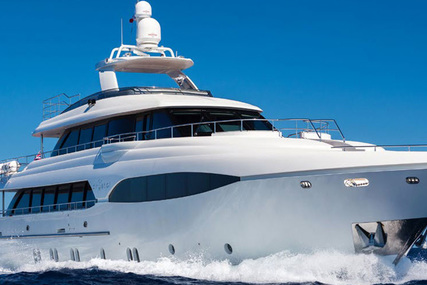 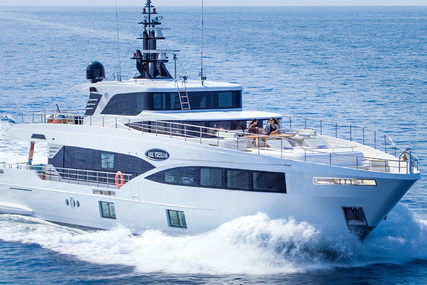 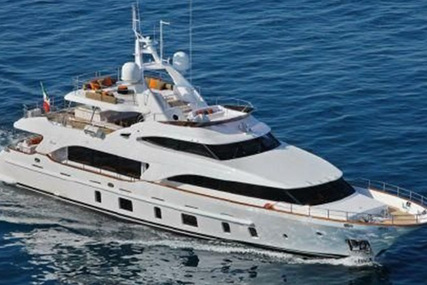 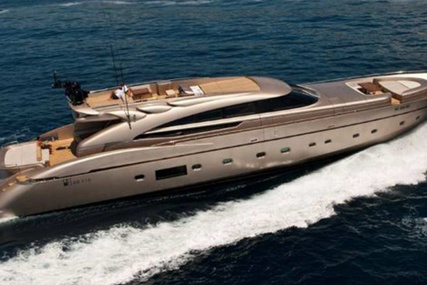 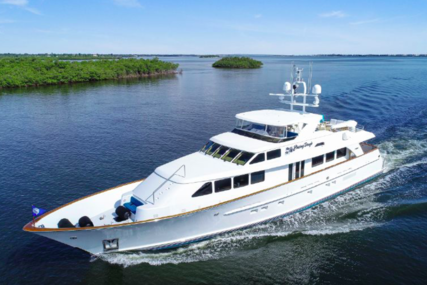 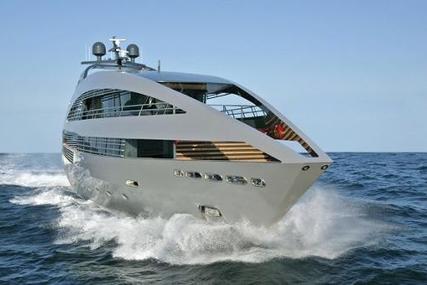 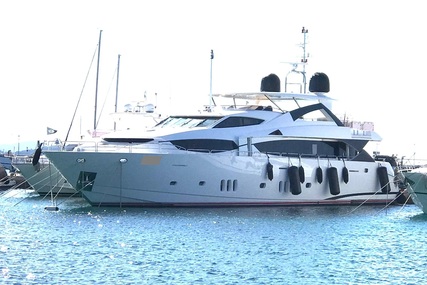 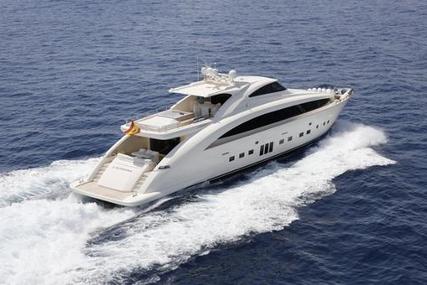 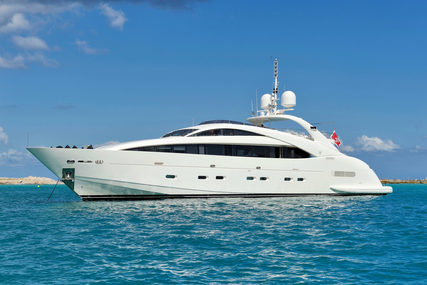 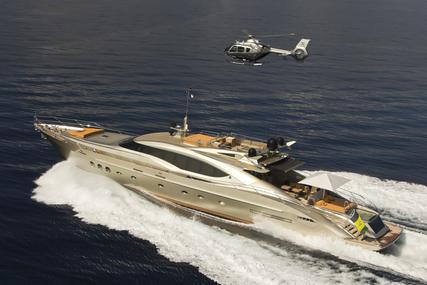 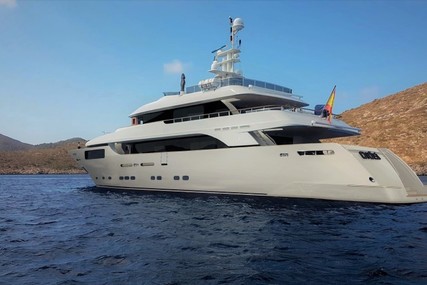 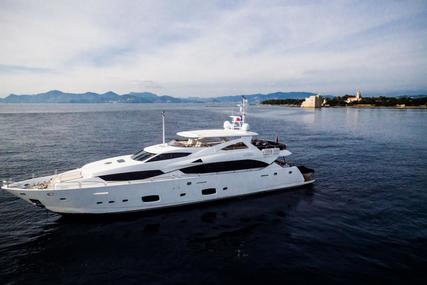 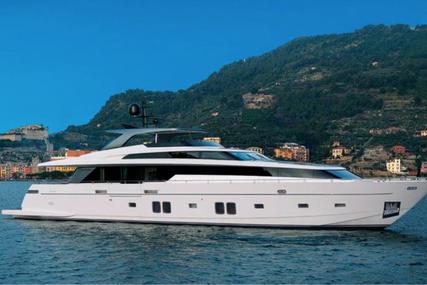 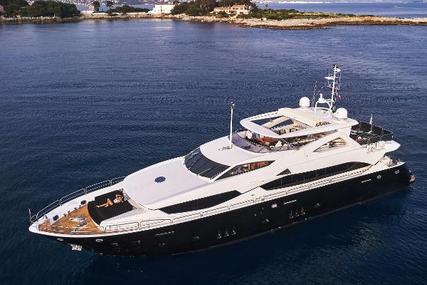 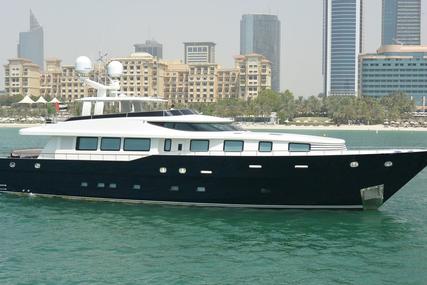 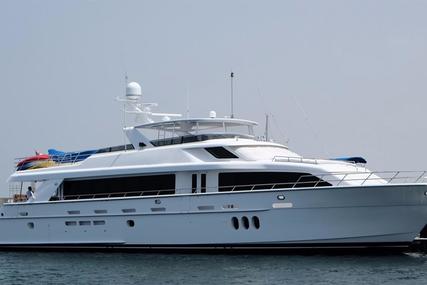 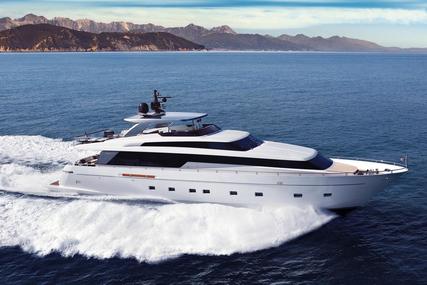 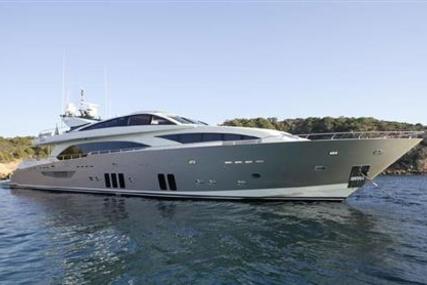