Custom Tumlare Sloop for sale in United Kingdom for £5,000

Custom Tumlare Sloop for sale in United Kingdom for £5,000

About this Custom Tumlare Sloop

Wooden Ships Comments on this Tumlare Sloop Designed by Knud Reimers and built in Sweden in 1934 as Tumlare No.9, originally called Keb. This distinctive design, developed from the Scandinavian Skerry Cruiser type, dates from the 1930’s when the great Swedish designer Knud Reimers was at his best. There are classes of Tumlares racing in many countries round the world, described by Uffa Fox as “the most advanced type (of cruiser) in the world...." A class grew up in UK at Aldeburgh and St Mawes but the design really came to fame after Adlard Coles won the 1950 Trans-Atlantic Race in Cohoe a slightly stretched version at 32’ confounding the critics who maintained that small yachts were incapable of off-shore voyages. The Tumlare has a slim, slippery hull with long drawn-out forward sections and that distinctive Scandinavian canoe stern with the rudder hung on the back. Purchased by the current owner from Holland in 2004, she had a refit period where the majority of the galvanised steel frames were replaced with laminated oak. In 2007 her deck was replaced with epoxy sheathed plywood and in 2014 her keel bolts were replaced. She differs from many Tumlares in that her rig is slightly larger and her mast is deck stepped, thought to have been done in Holland in the 1990’s. Used for day sailing on the south coast, she is not an immaculate example but the structural elements have been cared for and she is out sailing on a regular basis. Priced sensibly taking into consideration the cosmetic refit that will likely be required. It also seems she has a little more sheer in her hull compared to some other Tumlares, a subtle element that seems to enhance her looks and makes her a very pretty yacht.   Length on Deck 27’3” Length Waterline 21’2” Beam 6’3” Draft 4’3”     Construction Carvel planked in a close grain Scandinavian pine. Steam bent oak timbers fastened with copper rivets. Originally the boat was built with galvanised frames and these have been replaced with laminated oak throughout most of the hull, although a few galvanised frames still remain. This work was done in 2006. Galvanised plate floors across the centreline tied into the keel bolts. New floors in 2006. They are side fastened to the frames so can easily be unbolted and replaced when necessary. External lead ballast keel of 1 ton fastened with stainless steel keel bolts, all new in 2014. Epoxy glass sheathed plywood deck laid on pine deck beams. New deck in 2007. Varnished mahogany coachroof coamings with a painted plywood coachroof deck and bronze port lights. Non-self draining cockpit with varnished mahogany coamings, cockpit feels slightly larger than some other Tumlares with a little more space.     Rig Fractional Bermudan sloop rig on a deck stepped varnished spruce mast. Varnished spruce boom. The rig has been altered from the normal Tumlare design, slightly enlarged with the forestay further forward and the mast further aft. This was done in Holland at the same time as she was converted to deck stepped to increase space below. The hull has been strengthened with 2 plywood ringframes, hanging knees and larger deck beams to take the pressures of the mast. Stainless steel standing rigging to internal stainless chain plates. Twin lower shrouds and a single cap shroud over the spreaders. Jumper struts supporting the mast head. Standing backstay to the masthead and running backstays to the jumpers, tensioned with block and tackle. Fully battened slab reefing mainsail, 1996. Large 180% genoa, 1996 No.1 jib, 2003 No.2 jib, 2007 Spinnaker, 1996 She has an under deck roller furling system for the genoa but it is not currently in use. 2 pairs of Lewmar 6 non-self tailing cockpit sheet winches. All control lines and running rigging are led aft to the cockpit.     Machinery She has a bracket to carry an outboard engine on the port quarter. 30ah battery to run the bilge pump with solar panel for charging Auto electric bilge pump and a annual     Accommodation Basic interior offering 2 berths in the saloon and storage space forward. Galley to port with an Origo single burner stove mounted on a gimballed frame. Plywood shelving unit to starboard for storage. 2 single settee berths without fitted cushions. Large space forward that could be used as V-berth if cushions were made for it.     Inventory Plastimo steering compass Alloy spade anchor with 3m of chain and 50m of warp Fishermans kedge anchor Range of warps Origo stove Jerry cans for water Fully battened slab reefing mainsail, 1996, Fair condition Large 180% genoa, 1996, Good condition No.1 jib, 2003, Fair condition No.2 jib, 2007, Spinnaker, 1996, Good condition Mainsail cover Headsail under deck furling system (not fitted) 4 x Lewmar 6 non-self tailing winches 30ah battery Solar panel Electric bilge pump Manual bilge pump         Disclaimer: These particulars have been prepared in good faith from information provided by the Vendors and are intended as a guide, Wooden Ships cannot guarantee or warrant the accuracy of this information nor warrant the condition of the vessel. The Purchaser should instruct his agent or surveyor to validate all details as necessary and satisfy himself with the condition of the vessel and its equipment.
Share on Facebook   Share on Twitter   Email 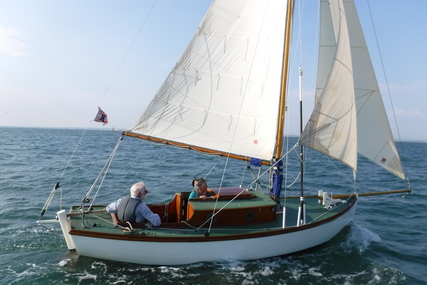 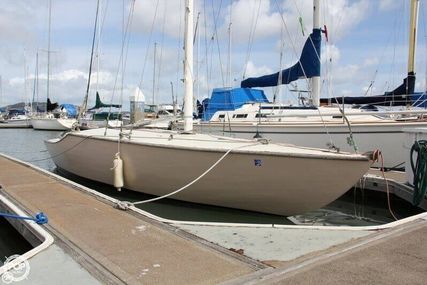 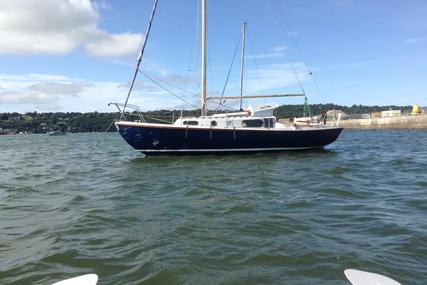 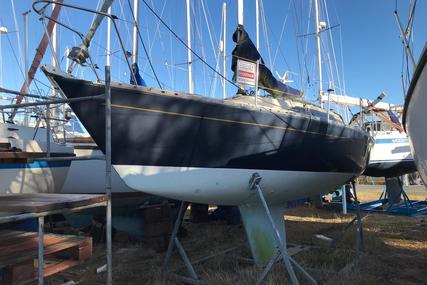 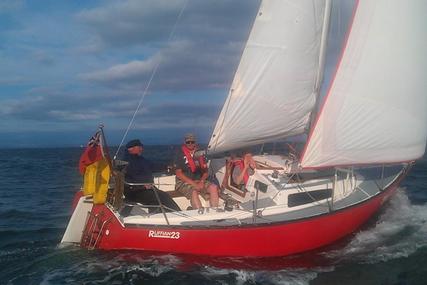 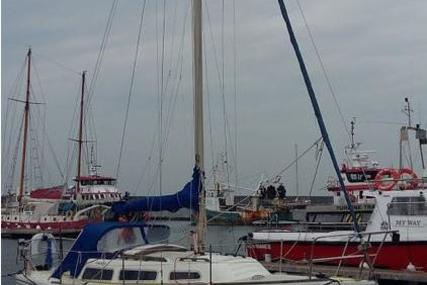 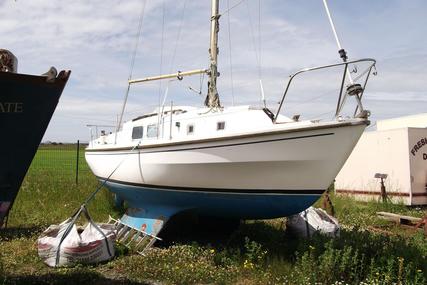 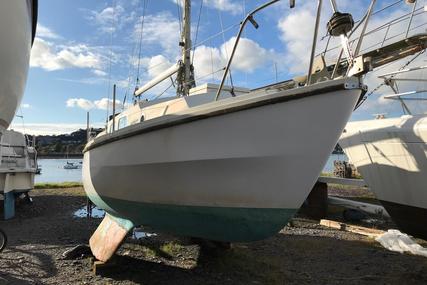 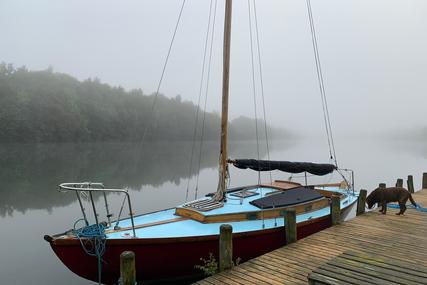 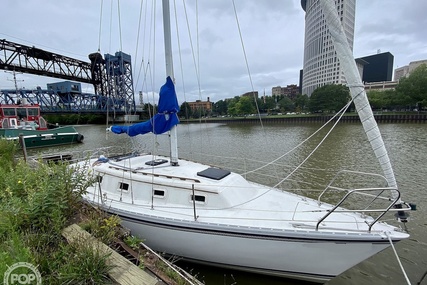 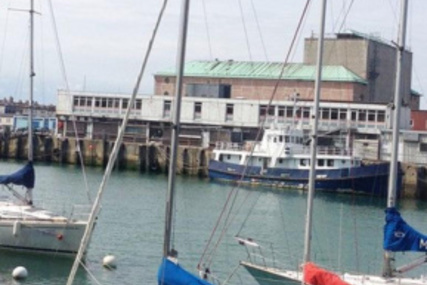 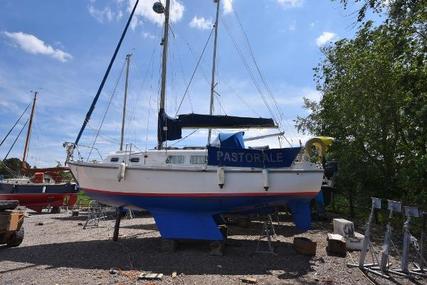 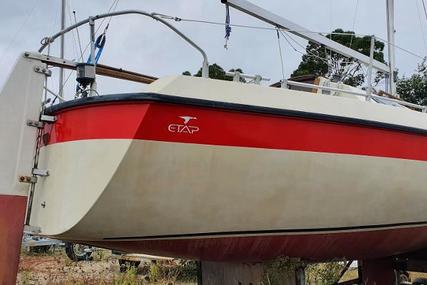 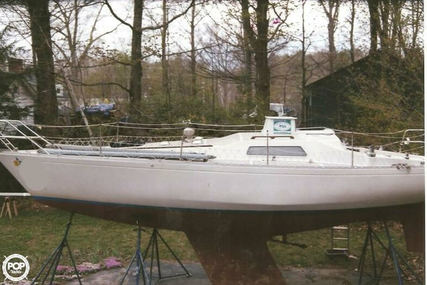 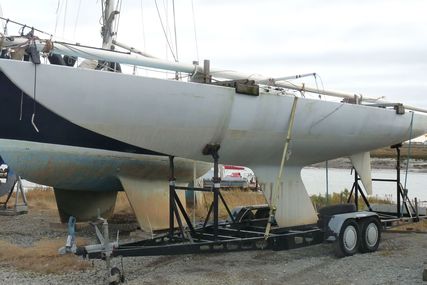 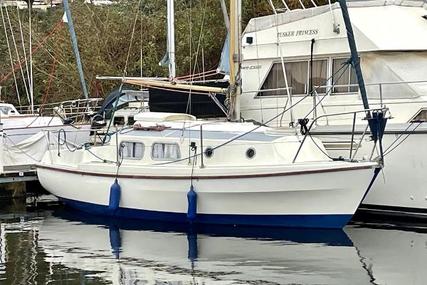 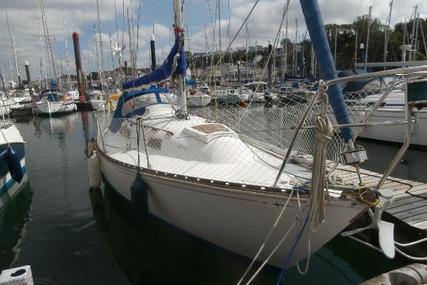 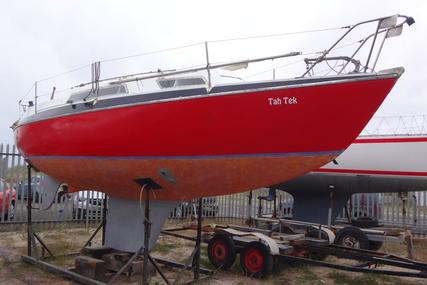 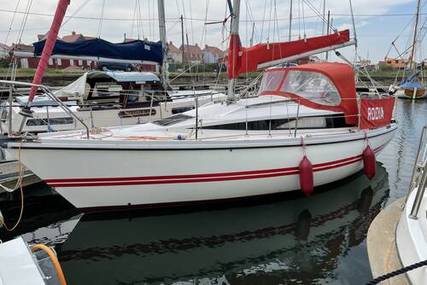 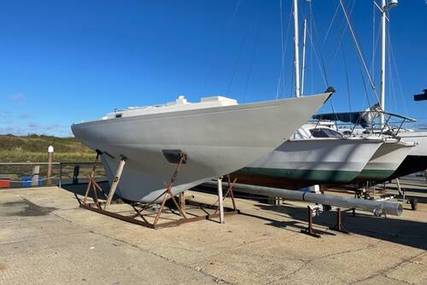 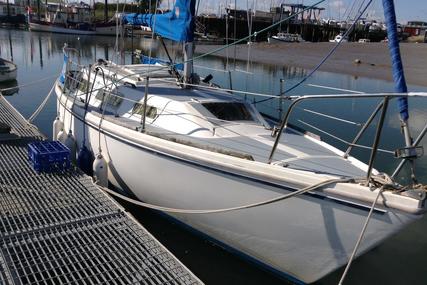 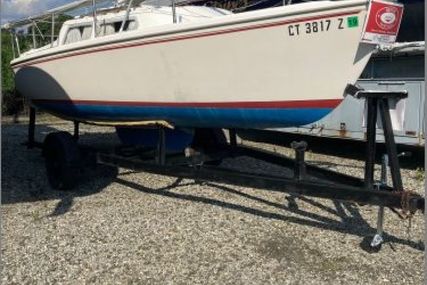