The superyacht industry has long prided itself on its discretion. These beautiful, opulent and enormous vessels cruise the world’s most sublime destinations, capturing the attention and awe of everyone that lays eyes on them. Who owns them? What do they look like inside? What would a superyacht charter be like? How much do they cost? While there are hundreds of incredible superyachts available for charter gracing our oceans, there are equally many private yachts whose owners prefer to keep things low key.

The war in Ukraine has shocked the world, with millions of civilians losing their lives and homes as they escape the conflict. The ripple effects are being felt everywhere as political pressure is put on President Putin to end the war. Sanctions on some Russian-owned superyachts have thrown this usually secretive industry into the media limelight, with a focus on impounded vessels making headlines almost daily. But what is the real extent of the sanctioned superyachts? How is it affecting the industry? And how many more Russian-owned ships could be affected?

While superyacht sanctions are making big news, there are in fact only around ten vessels which have officially been sanctioned by governments. They are some of the biggest and most high-profile yachts in the world and include Roman Abramovich’s well-known yachts, the 139 metre Solaris and the 162.5 metre Eclipse (which are both currently in Turkey). It is very difficult to know exactly how many superyachts are owned by Russians, but according to industry data it is estimated that there are some 370 Russian-owned superyachts over 30 metres in length currently in operation, a number which makes up approximately 9% of all superyachts in the world. Consider though that of those yachts, Russians own a high proportion of the largest superyachts. In fact, data shows that of all the superyachts of 90 metres and over, 29% are owned by Russians.

The Impact on the Industry

While ten frozen superyachts out of a total of over 5,000 may seem like a small number, the sheer size of the yachts and the number of businesses that are needed to support their operations, means that the effect is far greater than it might otherwise seem. From the crews which are being whittled down to skeleton crews, to the shipyards in the midst of refits, to the suppliers, workers and craftsmen it is estimated that several thousand people in the superyacht industry are being affected.

The larger the superyacht, the larger the crew and the more support businesses are needed to keep it running. Industry data estimates some 4,500 crew have already been affected by the sanctions, whether directly or indirectly. That’s 11% of all superyacht crew in the world. While crew on the sanctioned yachts are being given their leave, crew from other Russian-owned but non-sanctioned yachts are also coming up against difficulties as they struggle to get fuel, provisions and have necessary work completed. With some businesses not willing to work with any Russian ships, they are left in a frustrating limbo, as the crew of non-sanctioned MY Ragnar discovered when they were stranded in Norway after being denied fuel.

The effects of the sanctions on the industry are far-reaching. Support of Ukraine and condemnation of Russia’s actions has led many to question whether they should or shouldn’t be working with any Russian-owned yachts at all. Fear of breaking sanctions laws are very real, with confusion over whether work commissioned by a shipyard or management consultancy is still working for the yacht itself. And what about the crew who still need food and provisions, safety inspections that need doing to ensure they aren’t put in danger, or a myriad of other considerations which are simply not black and white? The morality of the situation is complex, and the effects of sanctions on just ten yachts is being felt all across the industry.

Which Russian Superyachts have been Sanctioned?

This is a list which is evolving daily, with much confusion and rumour swirling around. Some of the confirmed frozen yachts include:

Sanctioning the yachts is just the beginning. What happens next is considerably more confusing for governments, authorities, and the yachting industry – as well as the crews of the seized yachts. Because impounding a yacht doesn’t mean that the state is taking ownership of it, it simply means the owner cannot use it or sell it. Which leaves the maintenance of these vast, complex vessels and the crew that run them in limbo.

Going forward the difficulties are clear to see. In the immediate future the questions revolve around who takes responsibility for the crew of the yachts? What happens to yachts impounded in shipyards or marinas? How long will they stay there? Who pays for them? Under current European laws, a government would have to prove the yachts were used as part of a crime or bought with proceeds of it, something which legal experts say is going to be very difficult with regards Russian-owned yachts. Going further forward, who decides what will ultimately happen to the yachts? Who would benefit from the sale of them? There are undoubtedly more questions than answers within the superyacht industry at the moment, and as this is an unprecedented situation it is likely to take a long time before those answers are forthcoming.

Rightboat.com is one of the world’s largest online marketplaces for the sale and charter of boats and yachts of all sizes. Keep up to date with the latest news, industry information, buying and selling guides and all things boating with our weekly blog. 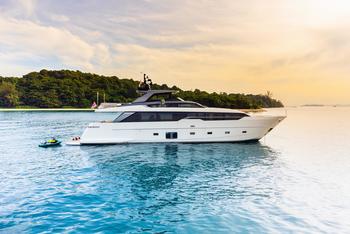 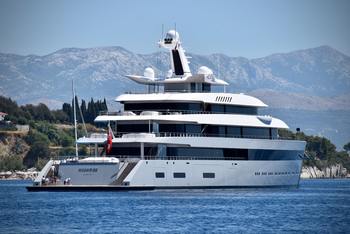 The Real Costs of Owning a Superyacht

The superyacht industry has seen an unprecedented boom since the Covid-19 pandemic. While superyachts were alway... 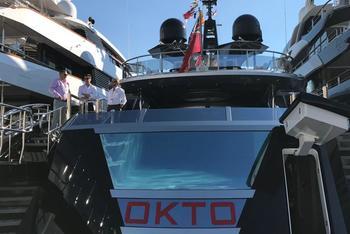 Some of the Best Superyacht Swimming Pools

Swimming pools on superyachts are becoming ever more popular and it’s not just the largest superyachts which off...