About this Jeanneau Merry Fisher 895

The Merry Fisher 895 builds on the success of this popular range but offers some significant benefits over its smaller siblings. With two separate cabins, including an impressive centre island berth forward she offers significant accommodation, has a hot water systems with a shower allowing for an owner to embark on extended cruising. This Merry Fisher 895 can accommodate twin engines with Fly-by-Wire Yamaha engines which make for wonderfully tactile helming experience.

Master CabinThere is a large 2m long island berth double in the master, forward cabin that also has a large storage under the berth. This cabin has a large amount of light coming in from the long sea vision inspired potholes and the deck hatch which allows for ventilation. This cabin also has the option extra overhead storage lockers fitted and has a hanging wardrobe on the Portside. This cabin also has ambient, in direct LED lighting as part of the Premier pack.Second CabinThe second cabin is situated on the port side, has a generous sleeping area, good natural light from port hole as well as from the sky light and also incorporates a seat. Under the berth is additional storage as well as a hanging cupboard.Heads The marine toilet it situated on the lower level in front of the helm station. In this compartment there is a marine toilet, sink, pull out shower with a shower pump.

This Merry Fisher 895 is powered by twin Yamaha F150GETX Fly-by-Wire that provide the helmsman with smooth shifting and very tactile controls. (There is an option to upgrade to twin 200hp at extra cost)Bow ThrusterElectronic Anchor Windless with Rugerised Wired Remote Control Lenco Trim TabsShore Power with Battery Charger 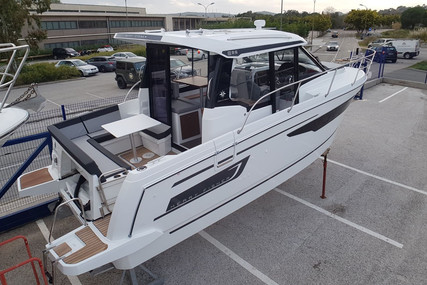 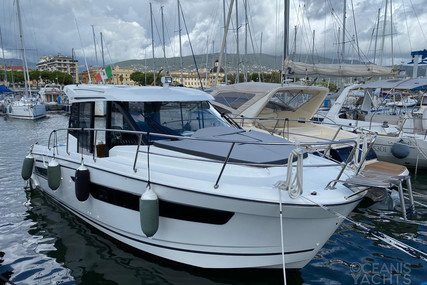 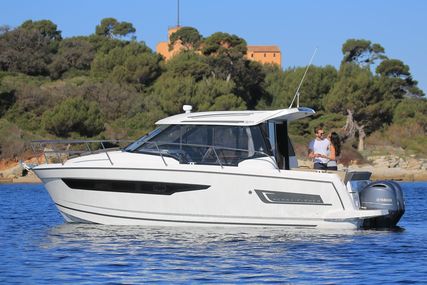 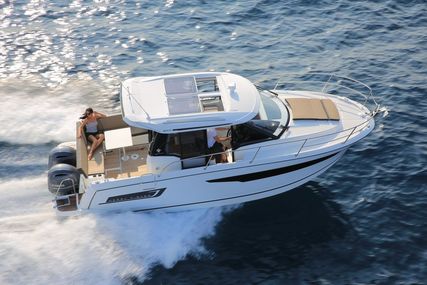 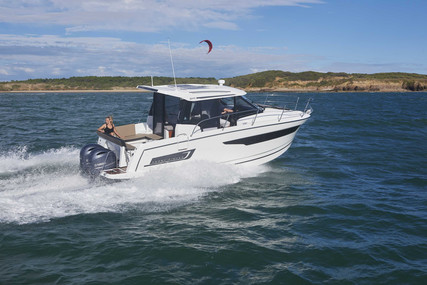 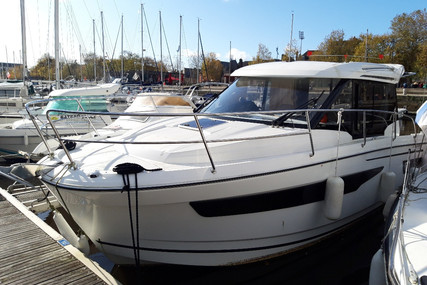 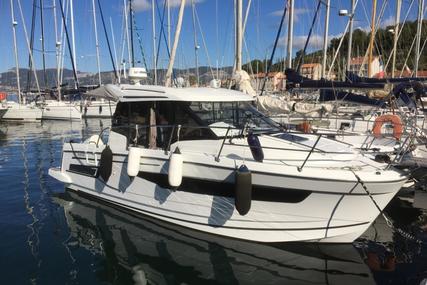 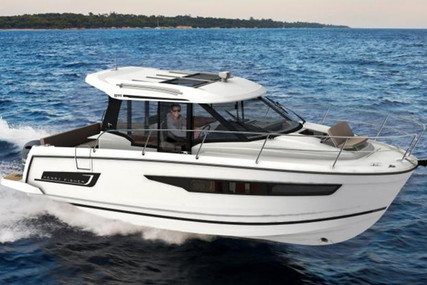 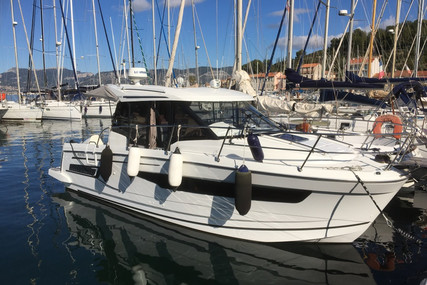 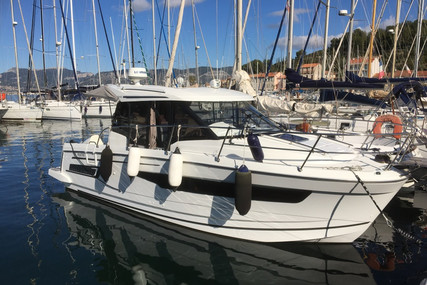 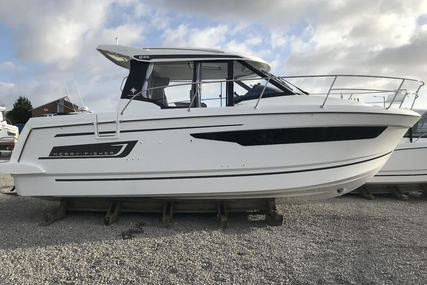 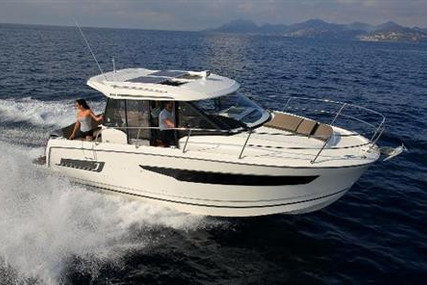 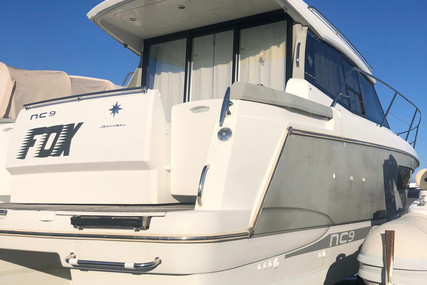 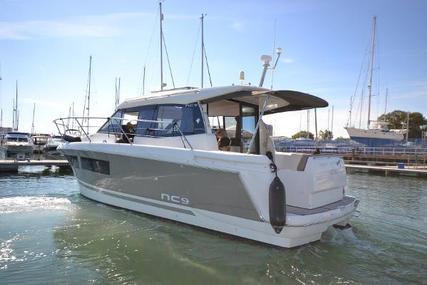 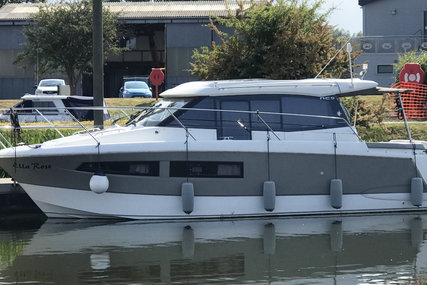 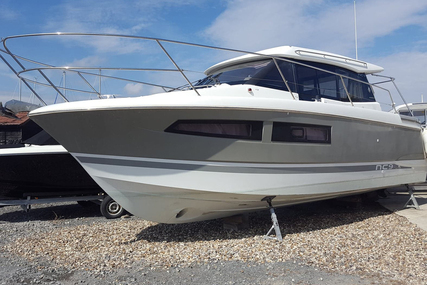 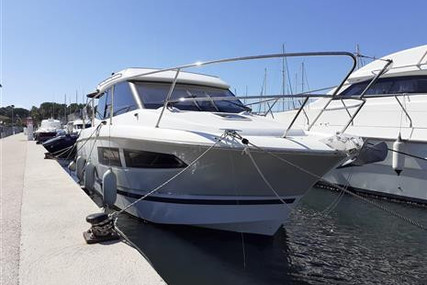 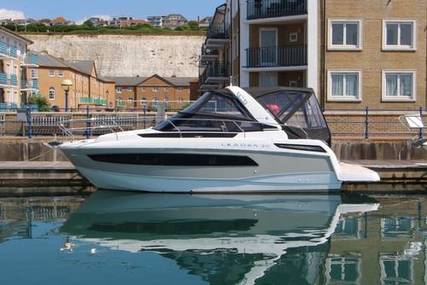 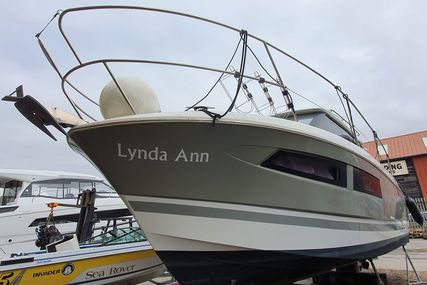 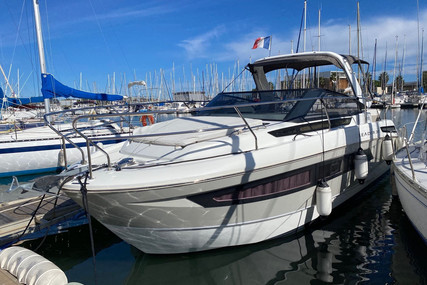