This Outlandish Superyacht Reaches for the Heavens

This Outlandish Superyacht Reaches for the Heavens

Gabriele Teruzzi’s radical concept takes superyachts to a whole new level! Conceived as the ultimate seagoing statement of power and style, and maybe with the Rich Kids of Instagram’s parents’ in mind, the Italian designer has dreamed up Shaddai, a 500-foot long behemoth of a boat. If your heart’s desire consists of a 1,130-square foot terrace complete with an infinity pool and is perched 125ft above the deck of a 500-foot then Teruzzi’s your man.

Teruzzi’s website describes the project as one in which the design,

“…interprets the desire to see the world from a vantage point of view. It brings the owner from the sea to sky, enjoying a top view, a point where everything is on his own sight and control.”

Even the name Shaddai is infused with power. The term derives from the Hebrew name for one of the Gods of Israel and can be translated as “omnipotent” or “almighty”.

Teruzzi has tried to capitalise his design on our primal desire to ascend from the ground godlike and powerful. Of the 125ft high owner’s cabin, Teruzzi states that from this god-like eyrie the owner can,

“…reach the feeling of a higher power, surrounded by the immensity of the sea and the sky, reaching the clouds where everything reflects his place in the world: at the top. Furthermore, the infinity pool produces a visual effect of water with no boundary, merging with the sky. In this way, the owner will have the sensation to be in the heaven.”

He compares his dream vessel to early forms of ascension-inspiring constructions such as the Tower of Babel and the Pyramids of Egypt and even to modern examples such as the skyscrapers.

At sea level, the main aft deck is linked to a beach club via an infinity pool with a glass floor. The beach club covers 3,000-square foot and features, in the middle of the room, an aquarium. The infinity pool provides a relaxing soundtrack of cascading water falling to the lower deck. Teruzzi’s dream is to deck the yacht out with furnishings and textiles from top Italian fashion houses.

Were this incredible yacht ever to be built it would immediately be the tallest yacht in the world and one of the five longest. Can you imagine what the mooring fees would be though?!

To find out more about Gabriele and this incredible concept, visit http://www.gabrieleteruzzi.com/ 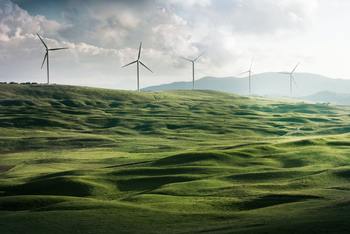 The planet is in peril, and superyacht owners are on the frontline in the development of new technologies. Susta...