The term RIB or RHIB is simply an acronym for Rigid (Hulled) Inflatable Boat. Many sailors begin their seafaring life training in RIBs. They’re predictable, heavy-built boats with a relatively soft ride. Constructed with a solid hull, they’re lightweight, high performance craft with inflatable tubes (sponsons) around the edge. The increased shock-absorbing qualities of the hull, known as a Variable Geometry Hull, are achieved by the manner in which the design changes shape under the impact of waves and is unique to a RIB.

What to look for when buying a RIB

RIB design has evolved over the years. High performance builders such as Revenger, now offer radically tapered sponsons and integrated fibreglass mouldings. There are hybrid craft from the likes of Sorcerer who offer sports boat style cockpits or step-through screens. Even more traditional builders such as Humber now offer performance craft. It’s easy for the RIB buyer to feel overwhelmed by the choices on offer. However, once the “bling” is stripped away, the buyer is really face by three main considerations:

RIBs come in all shapes and sizes but the general consensus is that a long, narrow deep V hull will perform excellently in a head sea. The downside being that they can be unpredictable, and wet, particularly when powering through swells. As most RIB buyers are not looking for offshore powerboat performance, a general-purpose craft with a more pronounced buoyant bow coupled to a flatter deadrise is a more appropriate option. This design suits long sea journeys in varying conditions and has extra internal space.

Whether the sponsons sit above the water or are partially immersed has a significant effect on the characteristics of the boat. The lower the tubes, the more stable the craft at rest is but this also increases drag due to the higher wetted area. Low sponson craft can skip out when cornering if the tube lifts on a wave. On the other hand, high sponson designed craft handle well in a big sea but will feel less stable. Narrow tubes are more efficient at high speed but have a lower loading capacity than a wider or longer sponson design. Hypalon, a synthetic rubber has been the most widespread material for tube construction as it offers great UV protection and is easy to repair. A lower-cost alternative is PVC. Thermo-bonded seals are heat welded rather than glued and have a considerably longer life span and are far easier to repair.

The choice of engine is tied to the choice of boat and its intended use. Modern engines are so reliable that a single outboard is perfectly adequate and remains a near universal choice.

Some larger RIBs are diesel powered but this adds to the cost considerably. Most RIBs are driven by propellers, however, a jet drive is also worthy of consideration. They can operate in shallower waters such as gently shelving beaches or estuaries. As propellers can cause injury, jet drives are often a prudent choice for water-skiing and for rescue craft. The downside is that they are far less efficient than a propeller driven craft with fuel consumption as much a 30% higher.

Passengers should never sit on the sponsons particularly in heavy water, therefore, unless the boat is only being used in flat water, individual jockey seats are the best option. Seating and consoles are put under considerable G-forces when cornering in heavy seas so to reduce the risk of injury, the seating should be securely bolted to the under-floor metal backing plates.

The choice of extra features very much depends on what you are using the boat for but generally factor in items such as lifejackets, anchor, flares, trailer and a cover. A second battery and bilge pump is advisable, particularly if the craft is being kept afloat even for just a couple of days. If you intend to use the boat at sea then it’s essential to have a compass. Many sailors fit chart-plotters and a fixed VHF although handheld devices will also suffice in most situations. Navigation lights are also vital if the craft is being used at night.

Shiny metal fittings may look lovely on a new boat but consider the effects of water on them over time. Will they become unsecured or rusty? Are they strong enough? If they move or bend with your hand, just imagine what they’ll do under full operating conditions.

RIBs are now faster and bigger than ever before so it is wise to take the RYA Powerboat Level 2 course. Costing around £200, or less, this two-day course teaches all the essentials and highlights any problem situations.

Pretty much unmatched in terms of the scale of internal space, featuring a full convertible dining area and a second space in the hard bow. It’s capable of carrying up to 12 people and hitting 40 knots and can sleep two underneath the console and foredeck. A wide range of single and twin-engine options are available too. The cutting-edge styling and generous storage capacity makes this an ideal family boat. RIBEYE PRIME SIX19

Built in Devon, the Ribeye is extremely well-finished and stunning to look at. The new Adam Younger hull offers excellent handling qualities and is a treat to drive. One of the most user-friendly craft on the market.

The seaworthiness of this tiny boat was proved in the hands of Powerboat and RIB magazine by negotiating 1,600 nautical miles in the Round Britain Challenge. Featuring a deep V hull matched with a classic high bow, it’s well suited to operating in rough water. It can be equipped with an outboard between 50hp and 70hp. A confidence-inspiring craft that is stable and still a traditional RIB at heart.

A family-friendly craft that is neither flashy or showy but tremendously capable. Responsive and with great balance, it puts a great many of similar size boats to shame. Responsiveness allied to a sound sporting heritage makes this a fine choice of RIB.

With a cruising range of 500 nautical miles and rated up to 450hp, this is a top-quality sea boat. It’s capable of carrying up to 25 people and has a top speed of around 37 knots. Featuring a high-quality finish, the Oceanus is as good a cruising RIB as pretty much anything else on the market.

This eight-man RIB has royal heritage down to the fact that its predecessor, 29 RIB Tender, is used by the Norwegian Royal Family. This category B lightweight craft with its carbon-fibre reinforced triple-stepped hull, is capable of reaching 68 knots and has a 400-nautical mile range. Sleeping room for two and is suitable for both diesel and petrol engines from 260hp to 520hp.

Priced to undercut most of its competition and capable of comfortably reaching 25 knots in four seconds before topping out at beyond 50 knots, this RIB is well balanced and fuel efficient. There’s plenty of space and a decent level of finish making this a fine choice of RIBs.

The most unusual craft in this list, the Sealegs 7.1 is built from aluminium and has wheels! Measuring 7.1 metres, this RIB is a superb quality craft with proven real-world practicality. It seats up to eight people and has a soft ride but is still capable of reaching 40 knots. Completely unique this is a great choice for those with kids. However, it is expensive when compared to other more conventional RIBs.

A ten-metre platform with a range of outboard options from a single 250hp to a twin 350hp configuration and designed by British designer Adam Younger, this is a serious bit of kit. It can top 71 knots dependent on choice of outboard and is also available with a diesel sterndrive option. It sleeps four and even has a loo in the console. A true high-performance offshore cabin RIB.

This RIB incorporates twin hulls with hydrofoils. At high speeds, it runs on the centre hull with the side hulls acting as stabilisers. The hydrofoil system is situated in the tunnels between the “demi-hulls” and this allows the craft to run on the crests through the chops. This also decrease impacts and gives a softer ride. The reduced wetted area in turn reduces drag, wake and fuel consumption. With a range of outboards from 60hp to 90hp and a top speed of over 40 knots, this is a great choice for anyone seeking the twin hull and hydrofoil experience. The Best Sailboats for Beginners

We all need to start somewhere and getting into sailing with the wrong type of yacht for your experience level c... 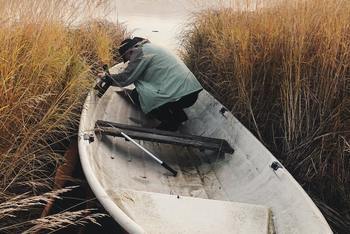 Buying a Project Boat…is it Really Worth it?

There is something so alluring about the idea of bringing an old, tired second hand boat back to its former glory. 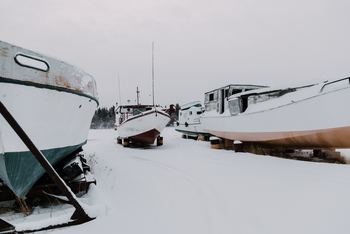 Why You Should Buy a Boat in Winter?

When it comes to buying a boat, whether new or used, the warmer spring and summer months are the most popular ti... 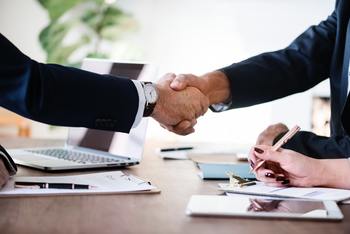 Buying a Boat - Top Tips to Negotiate the ...

Buying a boat is the start of an exciting journey. Once you’ve made the decision to buy – whether new or used – ...