Located only 90 miles from Key West Florida, Cuba is the westernmost island of the Greater Antilles. Upon discovering the Island in 1492 Christopher Columbus described it as “The most beautiful land one has ever seen.” Cuba is the largest country in the Caribbean, it’s archipelago consists of over 4,000 stunning cays and islet’s surrounding the main island. Although Cuba is synonymous with the recognisable Royal Palm tree, one its most amazing features is the density of flora and fauna that thrive in its tropical climate, according to experts the density of Cuba’s flora is 7 times higher than that of Spain, 36 times higher than in India and China and 45 times higher than Australia. Visit here to Charter a Yacht in Cuba 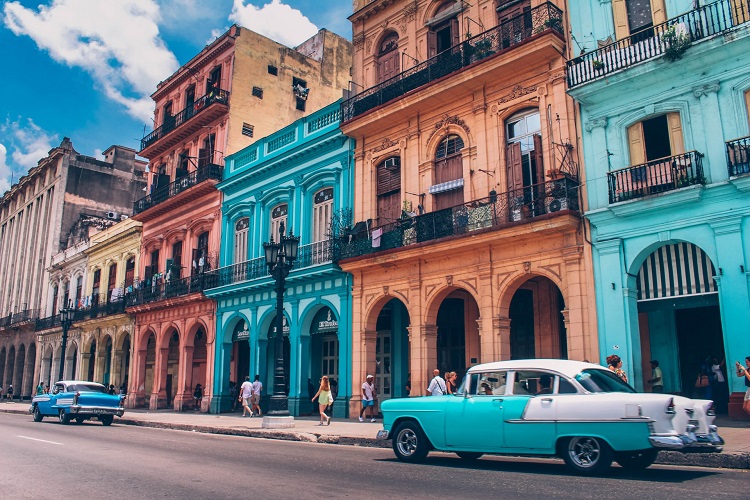 International flights to Cuba arrive at Jose Marti airport, Havana, Cuba’s notorious capital city. The city was founded in the 16th Century and served as a springboard for the Spanish conquest of the Americas, becoming a stopping point for treasure-laden Spanish galleons on returning to their homeland. King Phillip II of Spain granted Havana the title of City in 1592 and ordered the building of walls and forts to protect the old city, many of which still stand untouched today. Charter guests benefit hugely from arriving a couple of days before their charter commences or indeed flying out a couple of days after it finishes to allow them some time to take in this truly astonishing city.  Must-see highlights include the Museo de la rivolucion, it has an outdoor collection of cars, tanks, planes, and boats amongst which the Granma yacht resides. Habana Vieja or ‘The old city’, a UNESCO world heritage sights features classic cars (as does the rest of the city) and colourful architecture which completes the quintessential picture of Cuba. It also houses some of the tobacconists selling cigars which contributed to the rise in Havana’s fame the world over.  Walk along the Malecon, Havana’s 8km sea wall which you can wall along enjoying views over the city and its coastline, it’s also a great place to enjoy the sunset before sampling some of Havana’s vibrant nightlife. The cuisine is an eclectic mix of Caribbean, European and Mexican dishes, be sure to accompany these with some of the best cocktails on the planet! 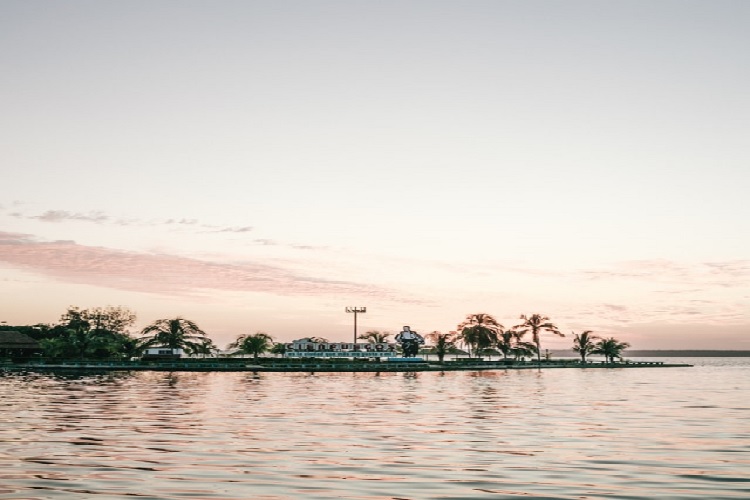 The majority of charters in Cuba depart from Marina Cienfuegos, in the heart of Cienfuegos bay on the southern coast of Cuba. Cienfuegos was founded by the French and styled to be similar to a European holiday town, however, the Caribbean vibe and persistent Spanish influence combine to form an exciting and unique city. Whilst here you should visit Parque Jose Marti, a large square that’s home to many varieties of brilliant street food stands, shops, and a bandstand that comes alive most weekends in the summer season. Of an evening take a stroll down Calle 35 (Street 35) via one of its fantastic restaurants to Punta Gorda beach and take in the stunning sunset with a Mojito in hand from Los Mejores mojitos. 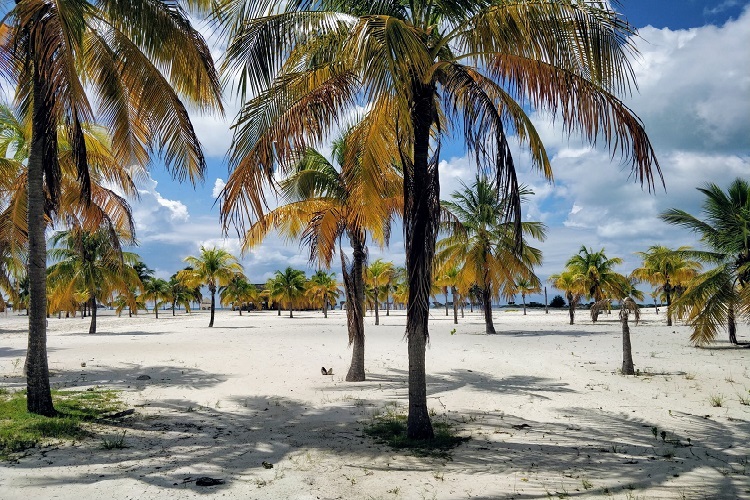 Cayo Largo is a small resort island off Cuba’s southern coast, once popular with pirates looking to hide their spoils, it’s now a sailors dream destination. Shallow bays fringed with soft white sand and overhanging palm trees provide picture postcard settings for snorkelling and exploring whilst at anchor. Playa Parasio is one of the most notorious beaches in the area, it has been rated as one of the top 25 beaches in the World according to TripAdviser. Animal lovers should head round to the sea turtle hatchery at Centro de Rescate de Tortugas Marina, you can feed the tiny turtles and be part of the incredible work being done there to release these majestic creatures back to the ocean. One visitor described it as “The best 2 pesos you will ever spend!”

A very short sail away is Quinto canal, a tropical paradise where you can kayak (available on request) between the mangroves on crystal clear water whilst keeping an eye out for the resident iguanas. Take a swim in the natural pool that remains warm and calm all year round, it’s perfect for those with toddlers or young children who love the water.

At 13 metres deep, this reef is ideal for those with a PADI diving certificate or those just getting into recreational diving. The numerous and varied coral reef formations that border these cays have created an impressive underwater scenario where a varied and abundant marine fauna and flora coexist. You’ll see many types of coral and sponges as well an some of the most vibrant fish species on earth such as the Queen Triggerfish (pic). 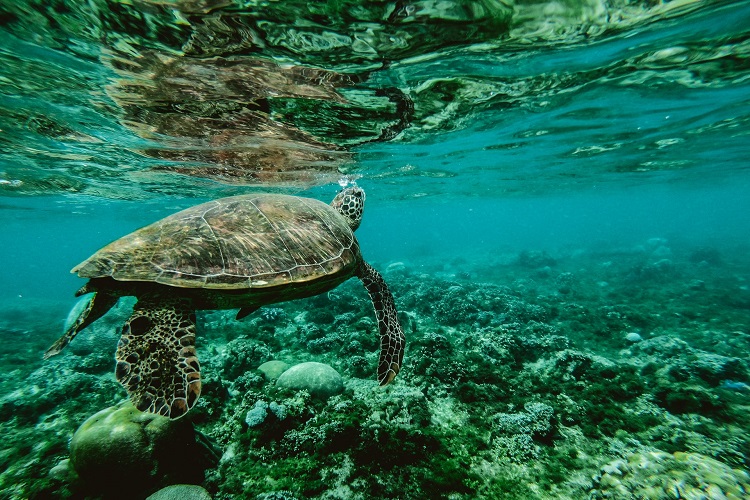 Cayo del Rosario is an uninhabited island (except for the iguanas of course) west of Cayo Largo, a must-visit on any Cuban charter adventure it serves as a quiet place for many sailors to drop anchor and enjoy an idyllic sunset far from any towns or bright lights. During the day it offers unlimited snorkelling spots all around the island and if you are lucky you may even spot some adult sea turtles. Come morning it’s certainly worth an explore along is a unique pink beach on the south side of the island. This side of the island is also favoured by the nesting bird population, one of the highest densities of its kind. 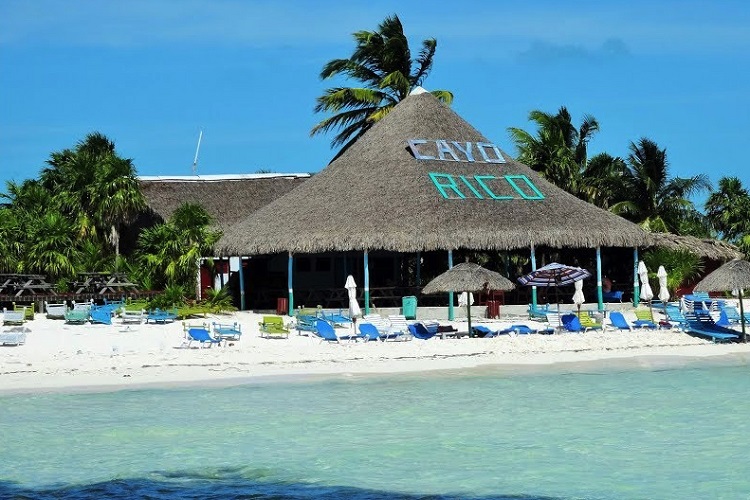 Despite its small size, many visitors to the region have said it is well worth a visit to the quaint island of Cayo Rico. It’s typically turquoise waters host the areas colourful array of fish species but interestingly is often the location of sightings of the elusive white spotted eagle ray, any diver or marine life enthusiast will agree that this can be a once in a lifetime encounter. The island also features a small seafood restaurant just off the jetty which is very popular with passing boaters, offers local dishes and fresh lobster at a very reasonable price. 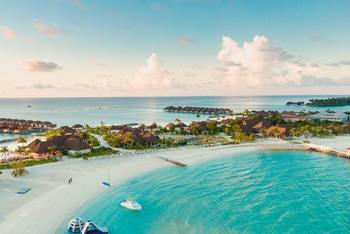 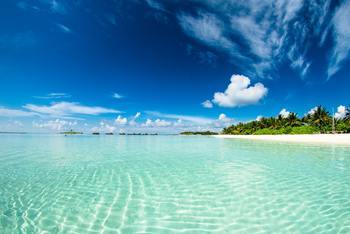 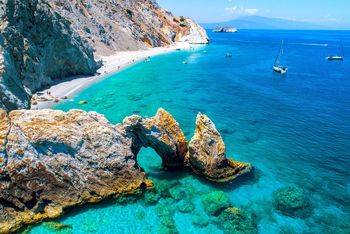